In addition to the HDR set, I layered in a 12th exposure taken just before third contact, blended with Darken mode and with a luminosity mask to reveal just its contribution of the inner corona and prominences, to better show the prominences along the western limb that were so dramatic visually. Without this exposure layer the prominences were being washed out by the HDR blend, as good as it was.

Photomatix 6 does a very good job merging the corona features and nicely compressed the dynamic range producing a natural result. I used the Contrast Optimizer mode and a Realistic preset to start, then varied the settings considerably to yield a final result that looked natural and best resembled the visual appearance, without undo exaggeration of contrast and excessive sharpening that, while it might reveal more coronal structure, lends an over-cooked and noisy appearance to the image.

There’s no point in me saying exactly where all the sliders were set, as any images you try to merge will be different, requiring a different combination of settings.

Even so, Photomatix, while it did a much better job than Photoshop’s HDR Pro and other third party HDR programs such as Aurora HDR (which did a poor job), did have its flaws.

Notably, it produced badly aliased edge effects along the limb of the Moon despite the images being registered and aligned. This is a common flaw of HDRs along high-contrast edges.

So, to remove or hide the worst of the HDR edge artifacts, I’ve performed a cheat here and artifically darkened the disk of the Moon and its limb with mask. Which is why I recommend using luminosity masks instead to merge images, though they are more work and do result in a lo 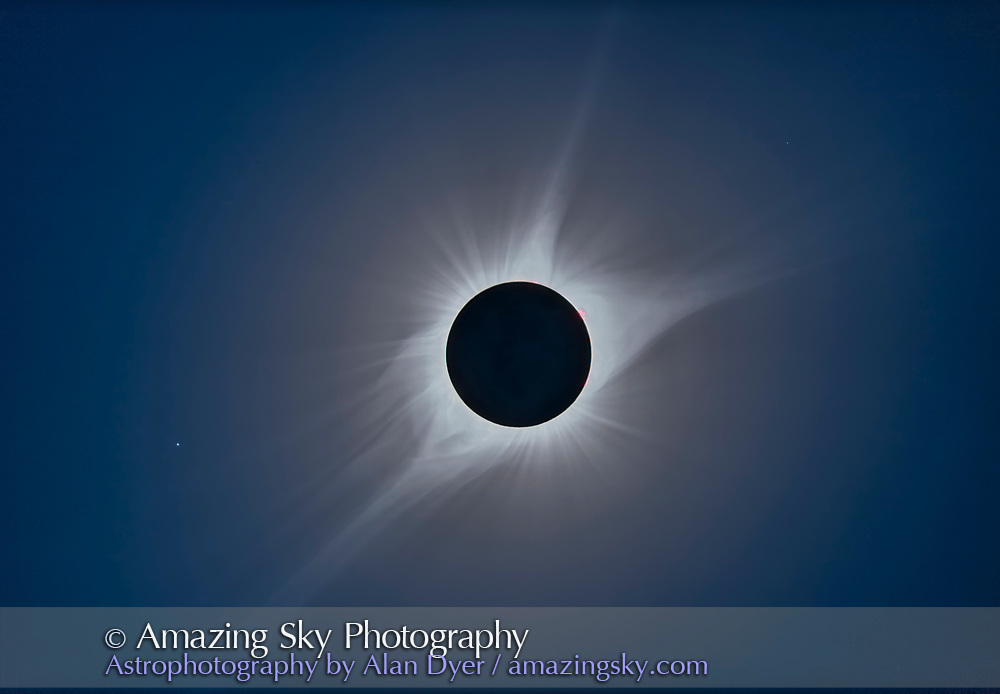