Comet Lovejoy (C/2014 Q2) as it appeared Saturday night, January 10, 2015 as it was moving north into Taurus. Here is it west of the Hyades and Aldebaran (at left) and below the Pleiades (at upper left). The comet was easy to see naked eye from a dark site though it was not obvious as a comet - it appeared as a fuzzy star. The ion tail here was barely visible in binoculars.

This is a stack of 4 x 1-minute exposures with the 35mm at f/2 on the Canon 60Da at ISO 1600. Tracked on the Sky-Watcher Star Adventurer. Shot from the City of Rocks State Park, New Mexico. Some high clouds were drifting through, adding some fuzzy patches to the sky. However, the dark patch at the left edge is cosmic — that is part of the dark Taurus dust clouds. 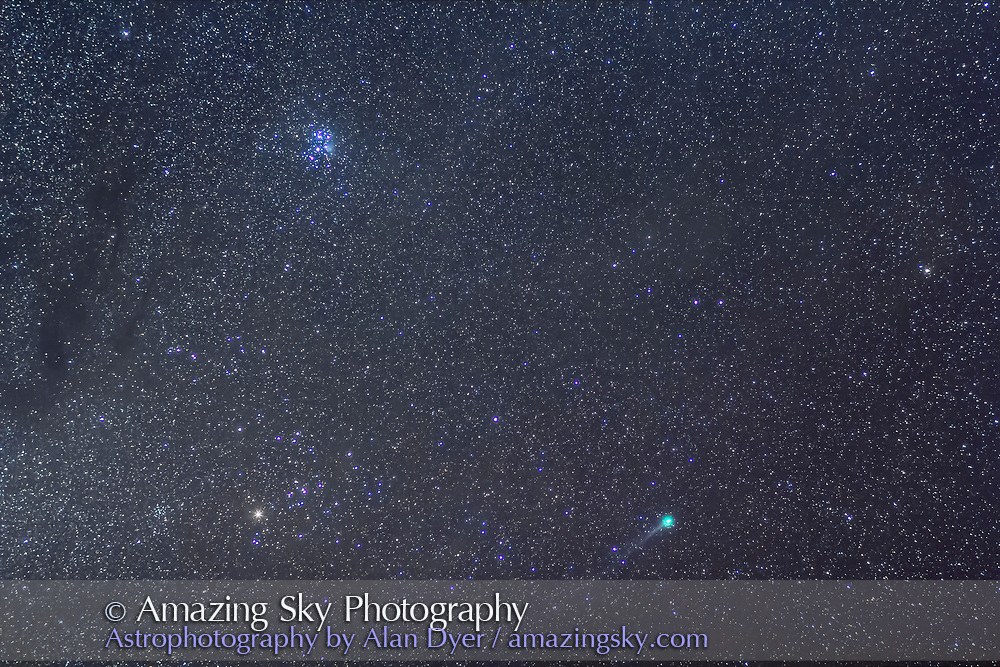