Glows from light pollution in the west light the horizon, in a quick series of images shot in my rural backyard. Vega is at right, as the brightest star; Deneb is above centre, and Altair is at below centre, farthest south in the Milky Way.

I shot this as a test image for the Nikkor 14-24mm lens , here at f/2.8 and at 14mm, where it performs beautifully, with very tight star images to the corners. it does very well at 24mm as well.

The camera was the 36-megapixel Nikon D810a, also on test, and here it shows its stuff by picking up the red nebulas in Cygnus and Cepheus. This is a stack, mean combined, of five 2-minute tracked exposures, at f/2.8 and ISO 800. The camera was on the iOptron Sky-Tracker. So the stars are not trailed but the ground is! I made no attempt here to layer in an untracked ground shot, as there isn’t much detail of interest worth showing. 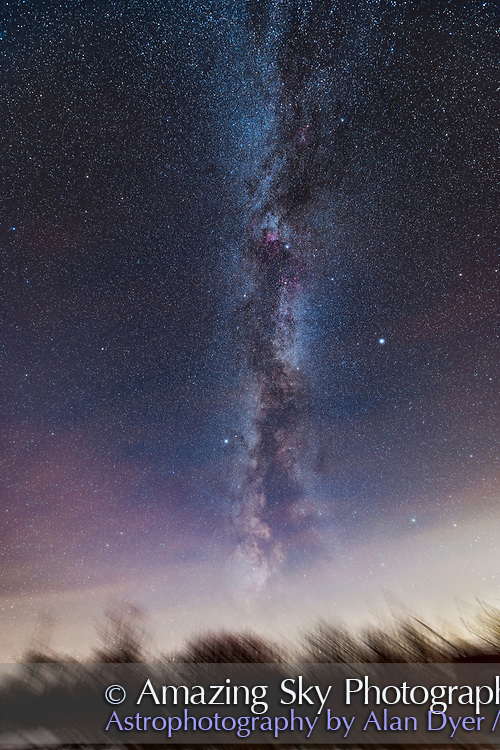