The array of four planets in the evening twilight on New Year's Eve, Dec. 31, 2021, and on a very chilly night with the temperature at -25° C. Thus the steam from the distant power plant.

Mercury was climbing higher toward its January 7, 2022 greatest elongation, while Venus was descending lower toward its January 9 inferior conjunction with the Sun. They passed each other this night and so were at almost the same altitude low in the southwest. Jupiter (upper left) and Saturn (centre) were also dropping lower each night to also disappear close to the Sun in early 2022, Saturn in early February and Jupiter in early March for their respective solar conjunctions.

This is a single 1/4-second exposure with the Canon RF 28-70mm lens at 38mm on the Canon Ra at ISO 100. Taken from Highway 1 and Sec 561 intersection in southern Alberta. This version has labels and line; a version without is available. 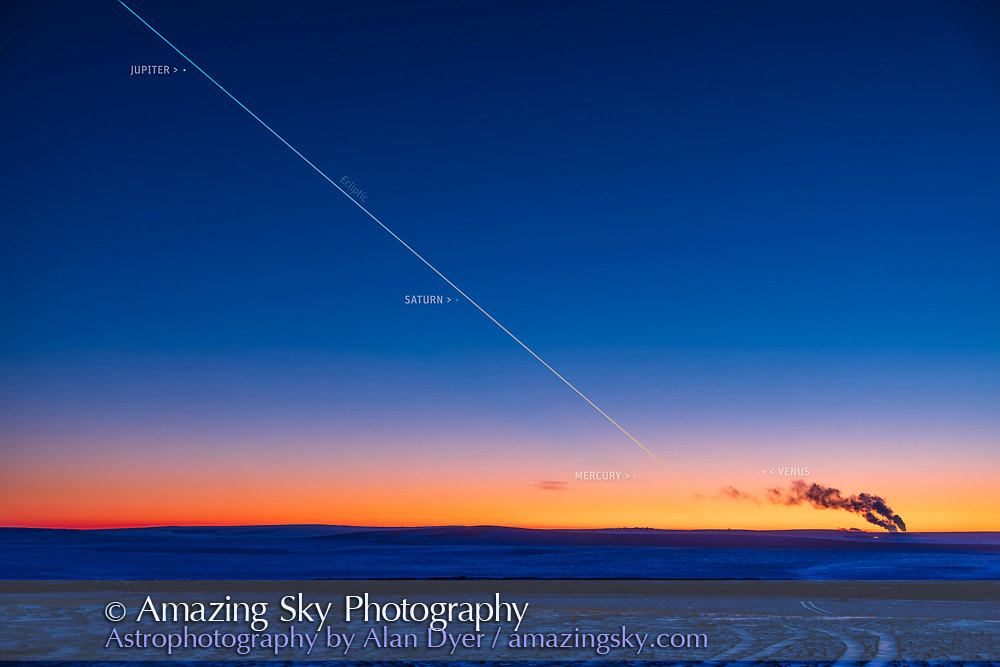