The ISS passes into shadow on a pass at about 1:30 a.m. on the morning of May 30, 2017 traveling from west (right) to southeast (left). The trail dims as it enters Earth’s shadow and turns red before fading out. The Milky Way is at left. Jupiter and Spica are at far right, Arcturus is the bright star at upper right below the ISS track.

This is a stack of 5 x 2 minute exposures, tracked, and mean combined to smooth noise, but with the ISS path itself from a single exposure. All with the 14mm Rokinon lens at f/2.5 and Canon 6D at ISO 1250. On the Star Adventurer Mini tracker. Shot from home during testing of the Mini tracker. 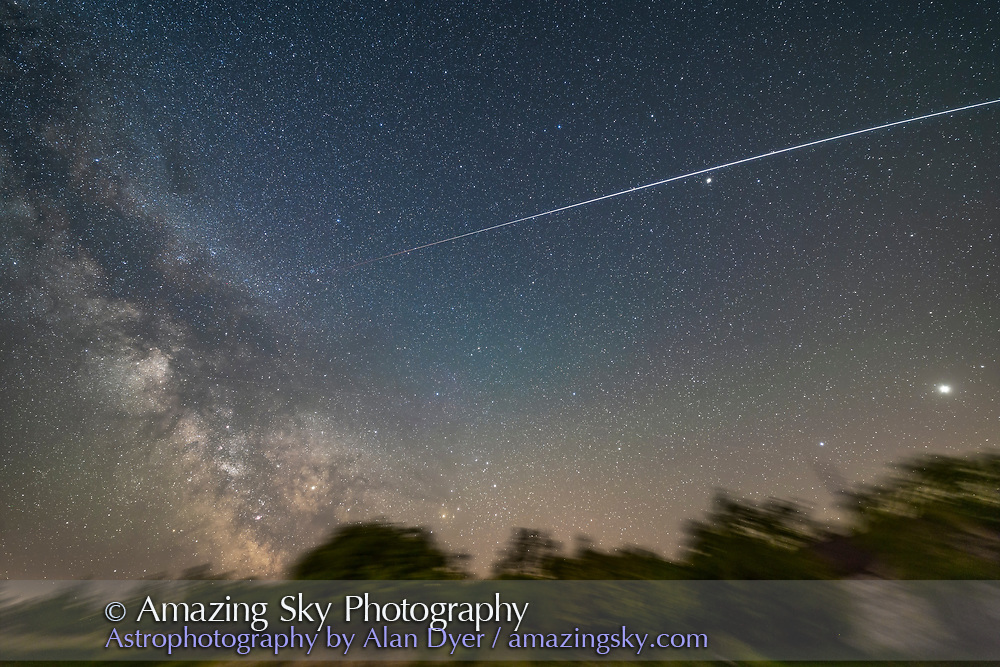