Mars, Venus and Jupiter (in that order from top to bottom) in a triangle, in conjunction, over an old red barn near Vulcan, Alberta, in the morning twilight, October 28, 2015. Illumination is from the nearly Full Hunter’s Moon in the west. The trio of planets were in Leo in a fine conjunction not to be repeated until November 21, 2111.

This is a stack of 6 exposures for the ground, mean combined to smooth noise, and one exposure for the sky, all 10 seconds at f/4 and ISO 800 with the Canon 6D and Canon 24mm lens. 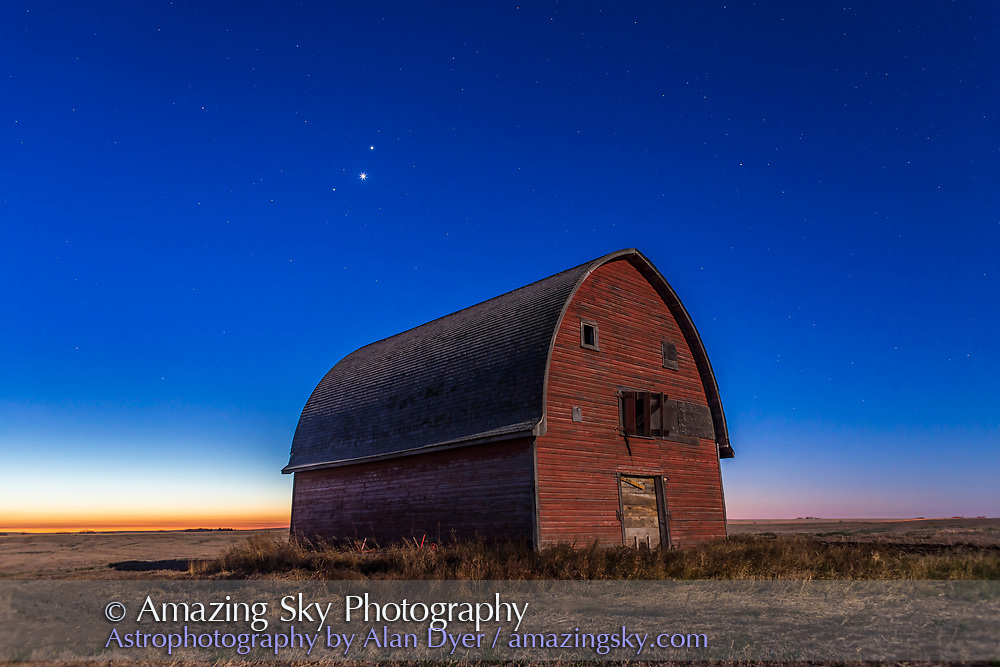