A blend of images to show the stars of the southern sky moving from east to west (left to right) over the peaks of the Continental Divide at Herbert Lake near Lake Louise, in Banff, Alberta. The main peak at left is Mount Temple.

A single static image shows the Milky Way and stars at the end of the motion sequence.

The star trails and Milky Way reflect in the calm waters of the small Lake Herbert this night on July 17, 2018.

This is a stack of 100 images for the star trails, stacked with the Long Streak function of Advanced Stacker Plus actions, plus a single exposure taken a minute or so after the last star trail image. The star trail stack is dropped back a lot in brightness, plus they are blurred slightly, so as to not overwhelm the fixed sky image.

The sky images are blended with a stack of 8 images for the ground, mean combined to smooth noise in the ground.

All are 30 seconds at f/2.8 with the 24mm Sigma lens and Nikon D750 at ISO 3200. All were taken as part of a time-lapse sequence. Clouds moving in added the odd dark patches in the Milky Way that look like out of place dark nebulas.

The reflected star trails are really there in the water and have not be copied, pasted and inverted from the sky image. They look irregular because of rippling in the water. 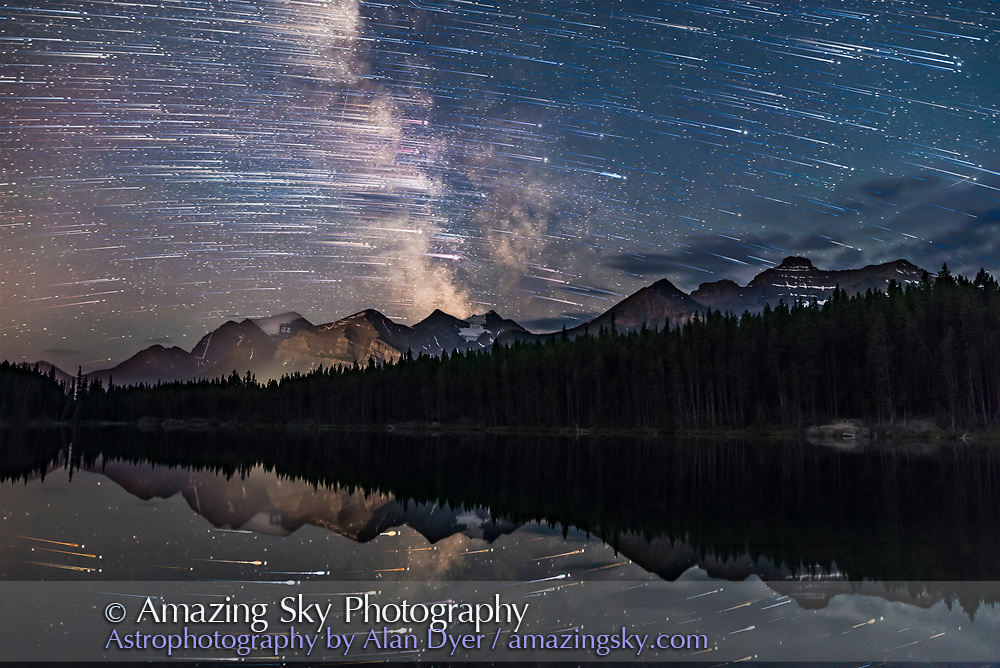