This is a moonlit nightscape of the historic Hearst Church in Pinos Altos, New Mexico, at 7000 feet altitude (thus the name “High Pines”) and on the Continental Divide. In the sky above, the Big Dipper is at right, and Polaris is at left over the church.

The Hearst Church opened in May 1898, built with money raised by the local mining families in Pinos Altos, and with a donation from Phoebe Hearst, wife of the mining mogul in the area and senator George Hearst, parents of newspaper tychoon William Randolph Hearst. Gold from the Pinos Altos Hearst mines decorates the Hearst Castle in California. The Hearst Church now serves as an art gallery for the Grant County Art Guild. See http://gcag.org for information.

This is a single 45-second exposure at f/2.8 with the 24mm lens and Canon 6D at ISO 800. Power lines and poles were cloned out. Taken January 27, 2015 under the light of a first quarter Moon in hazy skies. Warm light from decorative lights in the yard of the house across the street added the reddish glow to the adobe brick. Very nice. Subtle star diffraction spikes added with Astronomy Tools actions. 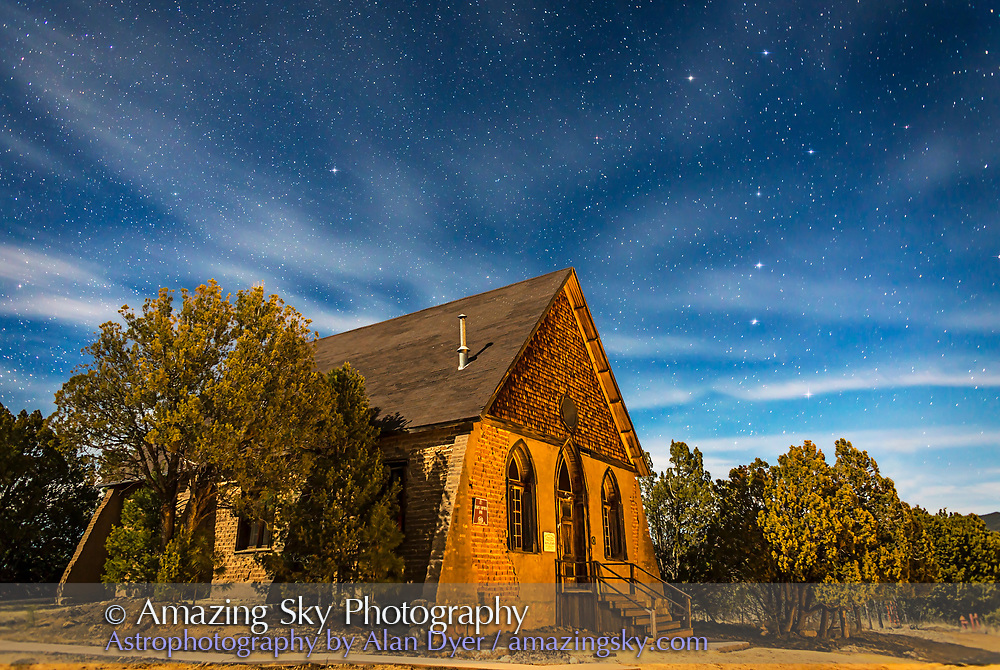