It was a grand night to be away from the glow of city lights (at left) and out under the Milky Way (at right) on a warm summer's evening.

Public and local astronomers gathered at the Rothney Astrophysical Observatory near Calgary, Alberta on July 21, 2012 for one of the annual Milky Way Nights presented by the RAO. From 10 pm to 2 am several hundred people stargazed under clear skies, enjoyed the naked eye views of the Milky Way and telescopic views of deep-sky objects such as nebulas and galaxies. Volunteers from the Calgary Centre of the Royal Astronomical Society of Canada and staff from TELUS Spark helped present the stars to the public. 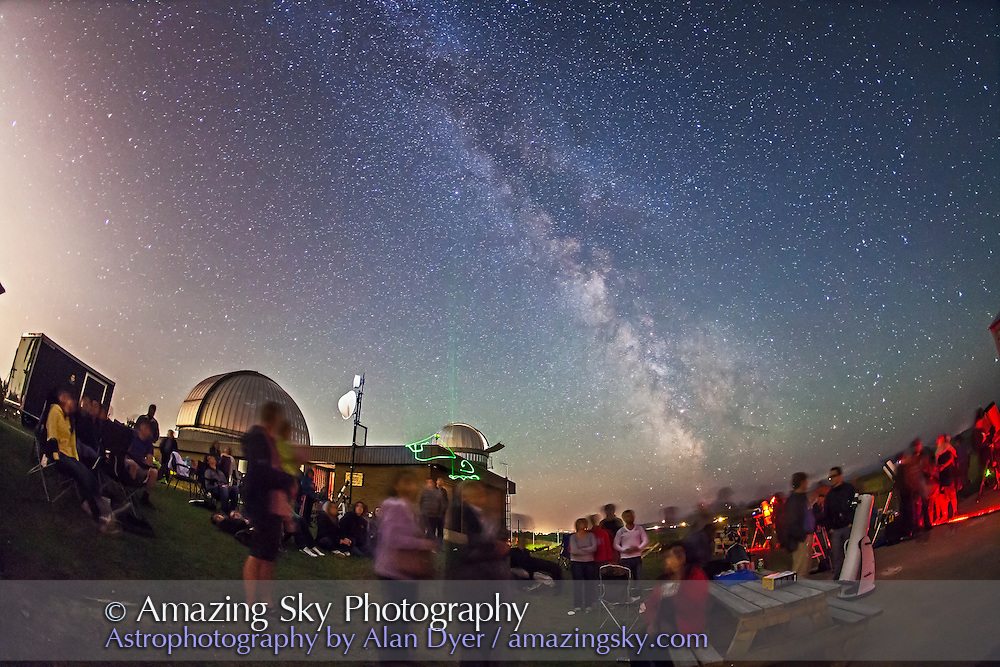