The summer Milky Way over the winding Milk River at Writing-on-Stone Provincial Park, Alberta, Canada, on a slightly hazy night, July 24, 2017. The hills in the distance are the Sweetgrass Hills of Montana. The Park preserves ancient petroglyphs carved on the sandstone rock formations. It is a UN World Heritage Site, and is a sacred site to the Blackfoot First Nations people. Across the river are the preserved wood buildings of the 1880’s NWMP Outpost.

Sagittarius is in the thin cloud on the horizon, while the bright object is a hazy Saturn. Altair is the bright star at top of frame. Capricornus is rising at left. Light pollution from towns in Montana and from natural airglow colour the sky.

All are 2-minute exposures at f/2.5 with the Rokinon 14mm lens and Canon 6D at ISO 3200. The tracker was the Star Adventurer Mini in “astrophotography” mode. 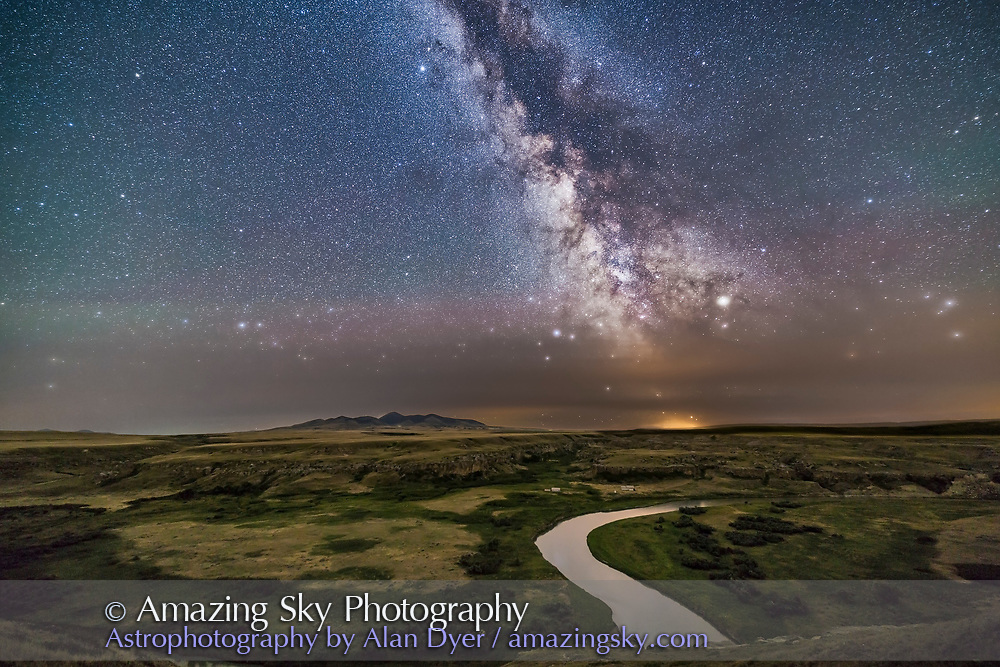