The total eclipse of the Moon of September 27, 2015, in closeup through a telescope, at mid-totality with the Moon at its darkest and deepest into the umbral shadow, in a long exposure to bring out the stars surrounding the dark red moon. This was also the Harvest Moon for 2015 and was the perigee Full Moon, the closest Full Moon of 2015.

This is a single exposure taken through the TMB 92mm refractor at f/5.5 for 500 mm focal length using the Canon 60Da at ISO 400 for 8 seconds, the longest I shot during totality. The telescope was on the SkyWatcher HEQ5 mount tracking at the lunar rate. 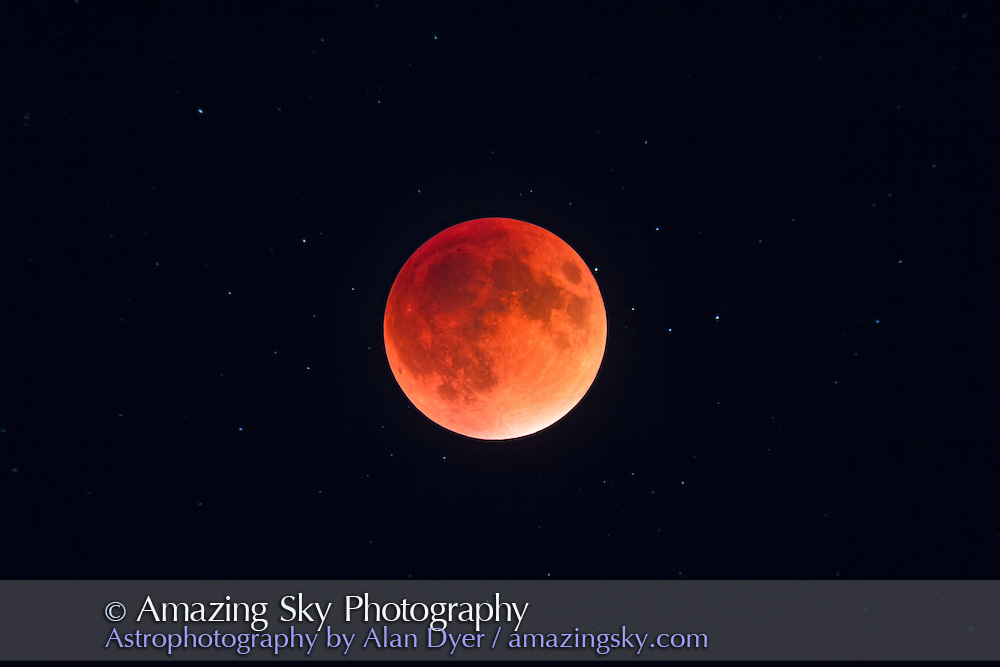