The International Space Station in a dawn pass, as it flies away to the east after passing overhead. This was the morning of July 15, 2017.

Venus is the bright object at lower left; the overexposed waning Moon is at right. The Pleiades is above Venus, the Hyades cluster is just to the right of Venus. Capella is the bright star at far left.

This is a composite stack of 24 exposures for the ISS, masked onto a single background image of the sky taken just before the ISS entered the frame. This kept the stars as points rather than trails, while the ISS trailed across the sky. The gaps are from the 2 second interval between 10-second exposures. All with the Canon 6D and 14mm Rokinon lens at f/2.5. 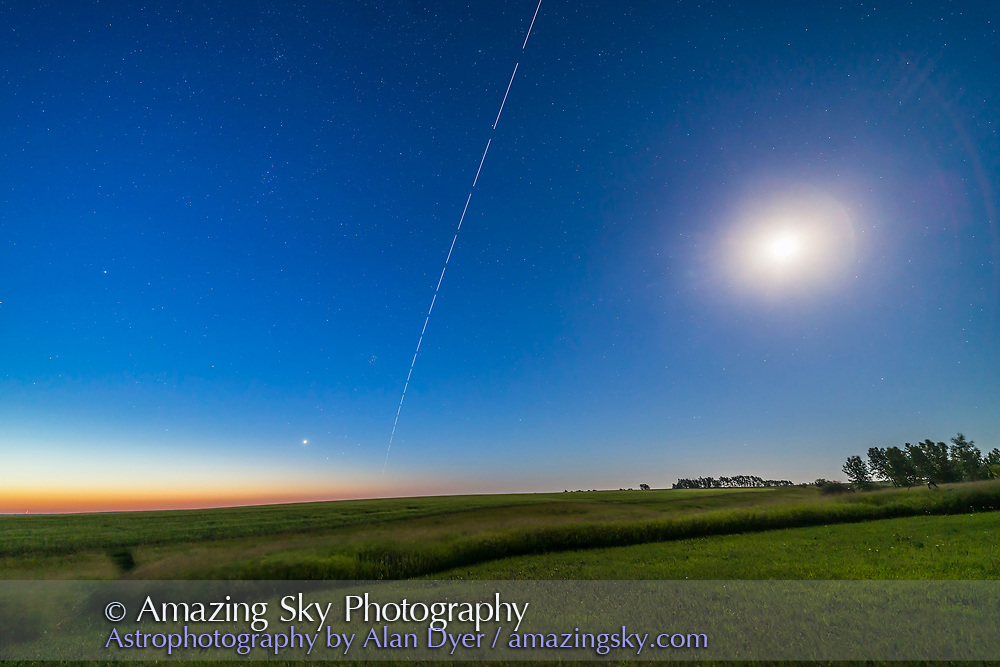