The Milky Way over the Milk River in southern Alberta at Writing-on-Stone Provincial Park, near the Montana border. The Sweetgrass Hills on the horizon are in Montana. The buidlings in the river valley are recreations of a 19th century North West Mounted Police post.

Jupiter is the bright object in the Dark Horse area, while Saturn is dimmer to the left. This was July 25, 2017. 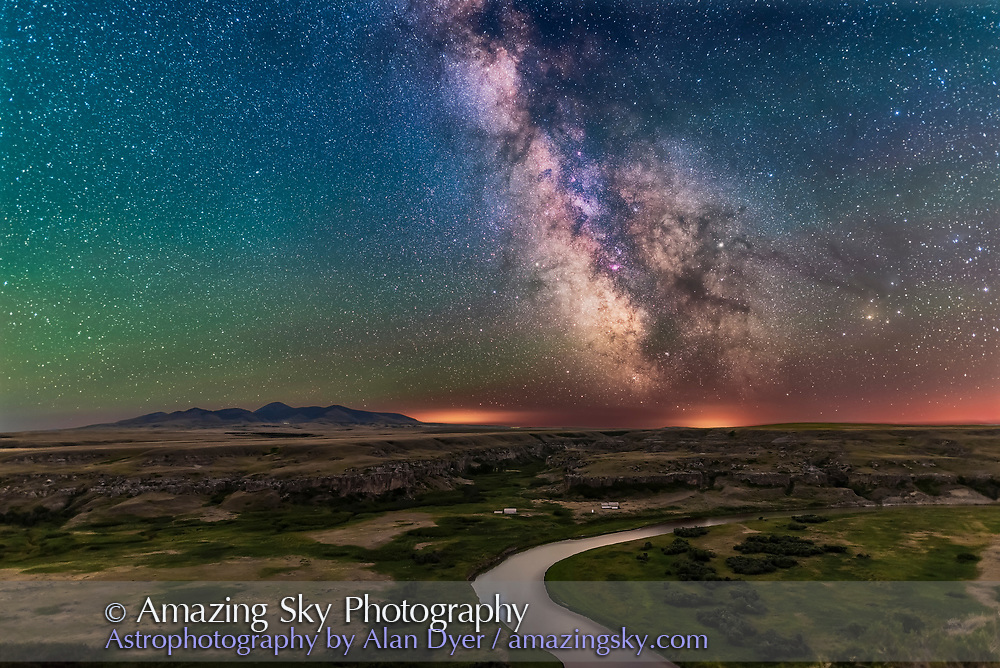