A 360° x 220° fish-eye panorama of the southern night sky, showing the Milky Way all the way across the sky with the centre of the Galaxy directly overhead. The Dark Emu extends from the Coal Sack at upper left to the dark lanes in Scutum at lower right. Venus is rising at right amid the zodical light and some cloud. Mars, at opposition, is just setting behind the trees at left.

I shot this at 4:30 a.m. April 11, 2014 from the Two Styx Cabins just outside the boundary of New England National Park, NSW, Australia. This is a stitched panorama composed of 6 segments, each taken with an 8mm fish-eye lens on the Canon 5D Mark II. So while one image with this lens aimed straight up would have recorded a similar scene. taking a panorama of 6 images, at 60° spacings, and stitching them allows the image to extend below the horizon to take in more of the ground, creating a scene that takes in a full 360° in azimuth but more than 180° in altitude.

Each segment is a 1-minute untracked exposure at f/3.5 and ISO 4000. So the stars are slightly trailed. The images were stitched in PTGui using the spherical projection mode. Finishing was in Photoshop. 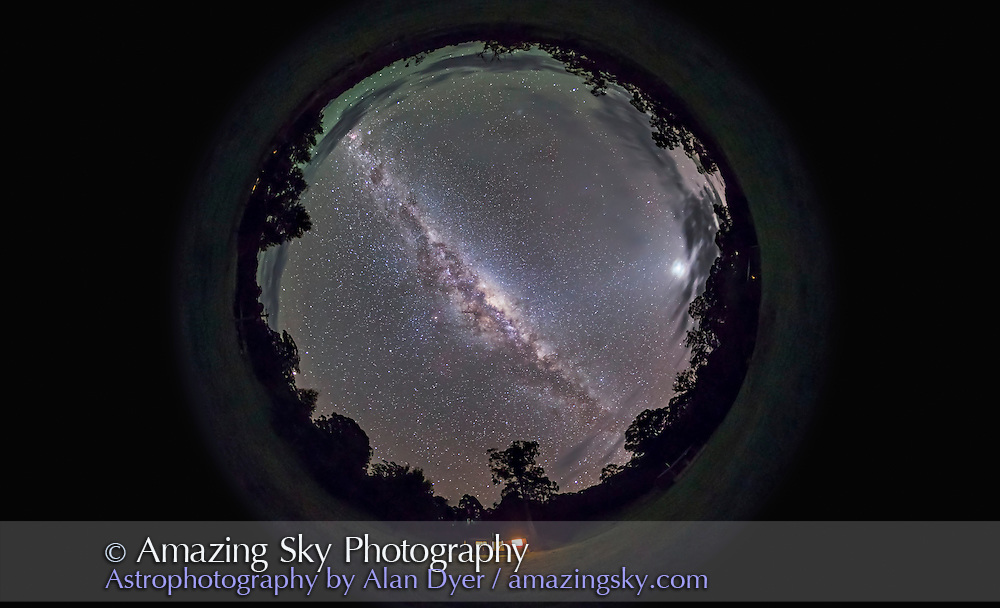