A superb display of aurora borealis seen on March 14, 2016 when it reached Level 5 storm levels. This was as the major substorm hit and the curtains to the south lit up with intensity and motion. Note the subtle differences in red coloration in the tops of the curtains.

This was seen and shot from the Churchill Northern Studies Center, Churchill, Manitoba, with this image looking south over the abandoned Churchill Rocket Range. A lone observer admires the show. Illumination is from the 6-day old Moon as well as from the aurora itself.

This image is one frame from some 2000 I shot this night as part of rapid-cadence time-lapse sequences. Frames were shot at f/1.4 with the Sigma 20mm lens and Nikon D750 using 1 to 2 second exposures. 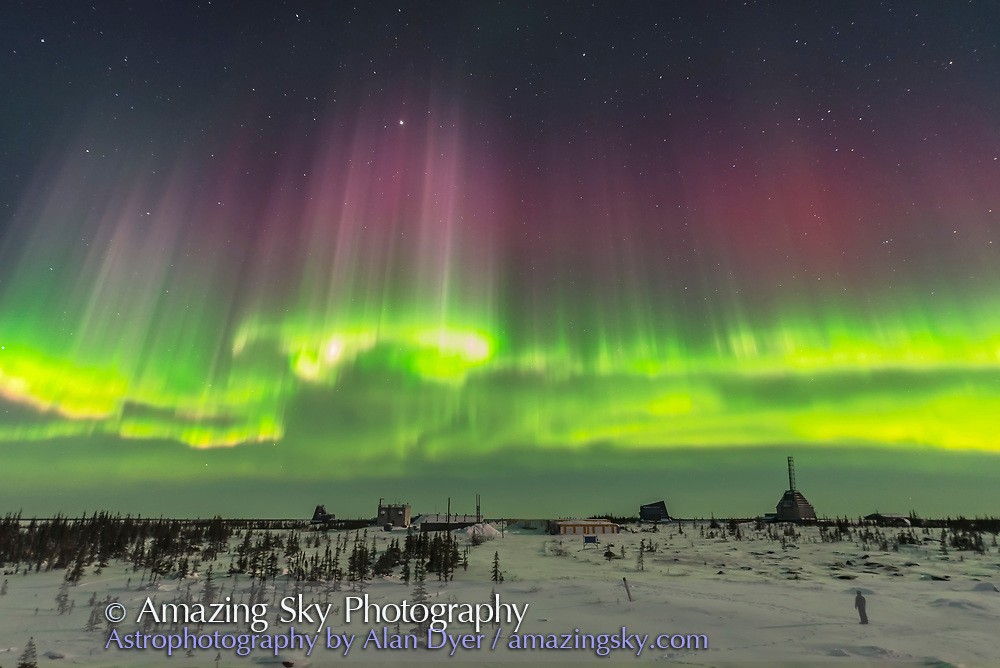