Castor and Pollux above house. Quarter Moon was low in west just behind house kept out of the field. Foreground brightened slightly.

Number in file name is frame number on roll in order taken thru the display. Numbers higher than 36 = frame on second roll taken that night (i.e. 39 = #3 on second roll) 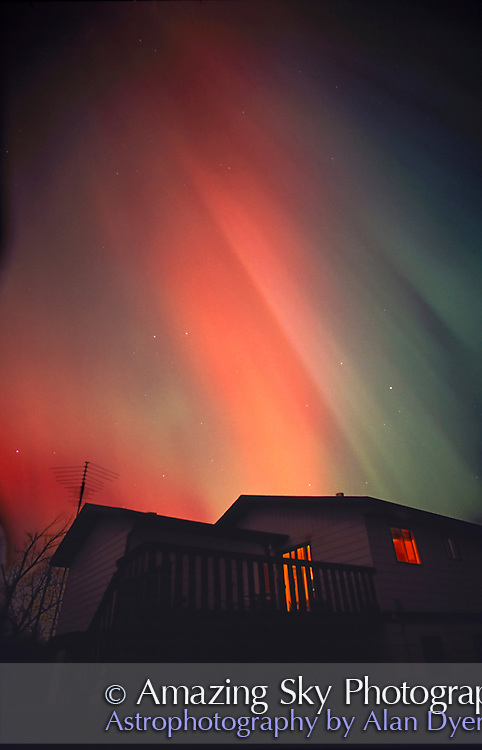