The March 5, 2015 “mini-Moon” rises over the Santa Rita Copper Mine, east of Silver City, New Mexico. This was the night of the farthest Full Moon of 2015, the apogee Moon. I caught the Moon as it was rising behind the Mine and the cliff formation known locally as the Kneeling Nun.

This is a composite of a long 1-second exposure for the ground and sky and a short 1/13-second exposure for the Moon to preserve details in its disk, with the two exposures layered and masked in Photoshop. No colour alteration was applied to the Moon, though a Highlight recovery was applied to the Moon to bring out the dark mare areas. Both exposures at ISO 100 with the Canon 60Da and at 135mm lens at f/4. 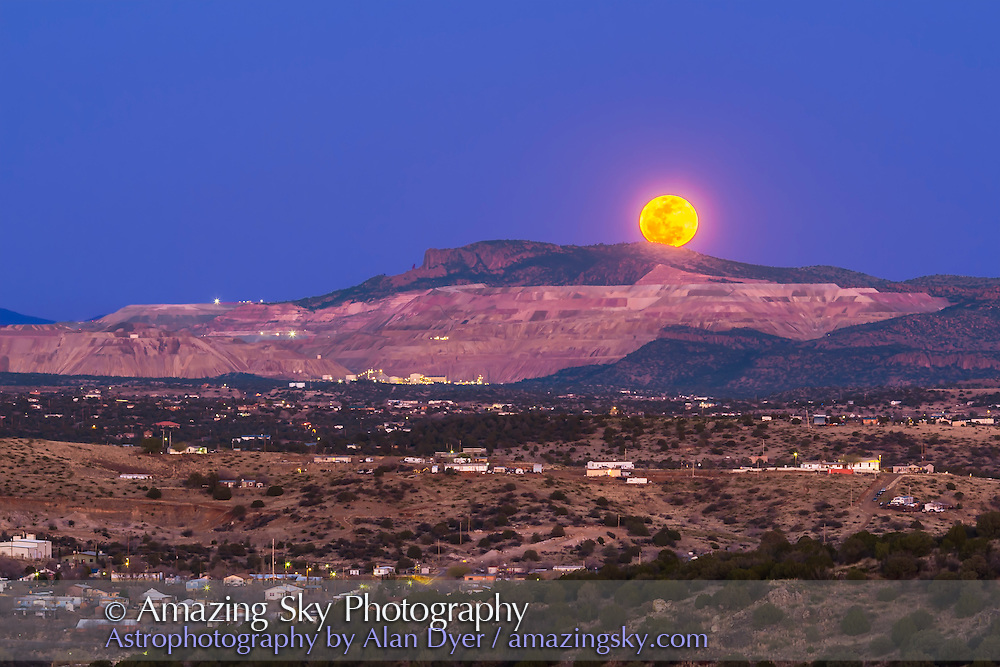