The Large Magellanic Cloud (LMC), an irregular satellite galaxy of the Milky Way, and one of the prime attractions of the southern hemisphere sky. At left is the Tarantula Nebula, NGC 2070, while at upper right is the second brightest nebula in the LMC, NGC 1763, aka the LMC Lagoon. In between are an amazing number of nebulas, both magenta and cyan in tint, as well as clusters of stars. The LMC is 160,000 light years away, and is gravitationally bound to the Milky Way, though there is some dispute whether it is orbiting the Milky Way or is passing by.

This field is 6° x 4°, which just encompasses the majority of the LMC's structure and features.

I shot this Monday, March 24, 2014 from the Warrumbungles Mountain Motel grounds, near Coonabarabran, NSW, Australia. This is a stack of 6 x 10 minute exposures with the Borg 77mm aperture astrographic lens, a 300mm f/4 system, and the Canon 5D MkII camera, filter modified by Hutech, at ISO 800. Shots had to dodge clouds moving through during the evening. Humidity was high from rain earlier in the day. But transparency was good when skies were clear. 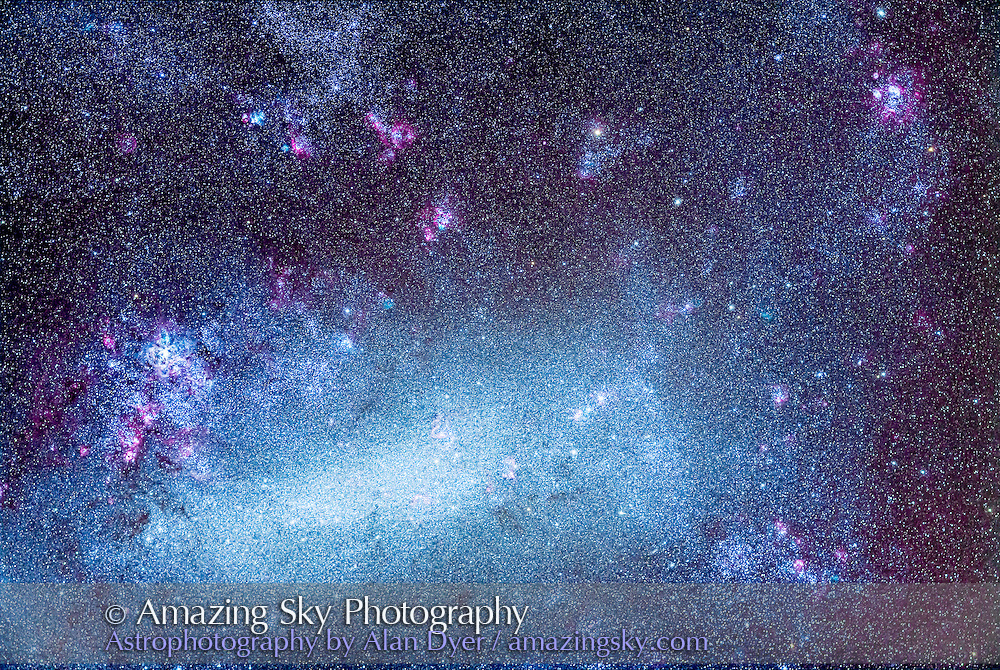