The August 24, 2016 conjunction of Mars (in the middle) and Saturn (above Mars), with both planets above the star Antares in Scorpius, all low in the southwest over the Bow River, at Blackfoot Crossing, Alberta. The site is overlooking the Bow River valley and the traditional meeting place on the Bow for the Blackfoot Nation, and where Treaty Seven was signed in 1877. Today, just behind where I stood for this image is the impressive Blackfoot Crossing Historical Park and museum run by the Siksika Nation.

The Milky Way is to the left and the last glow of sunset twilight to the right. Clouds added the natural glows around the planets and stars. Unfortunately, light pollution discolours the horizon.

This is a panorama of two images, with the Nikon D750 and 24mm Sigma lens, for 20 seconds at f/2 and ISO 1600, taken prior to starting a time-lapse sequence. Stitched with Adobe Camera Raw. 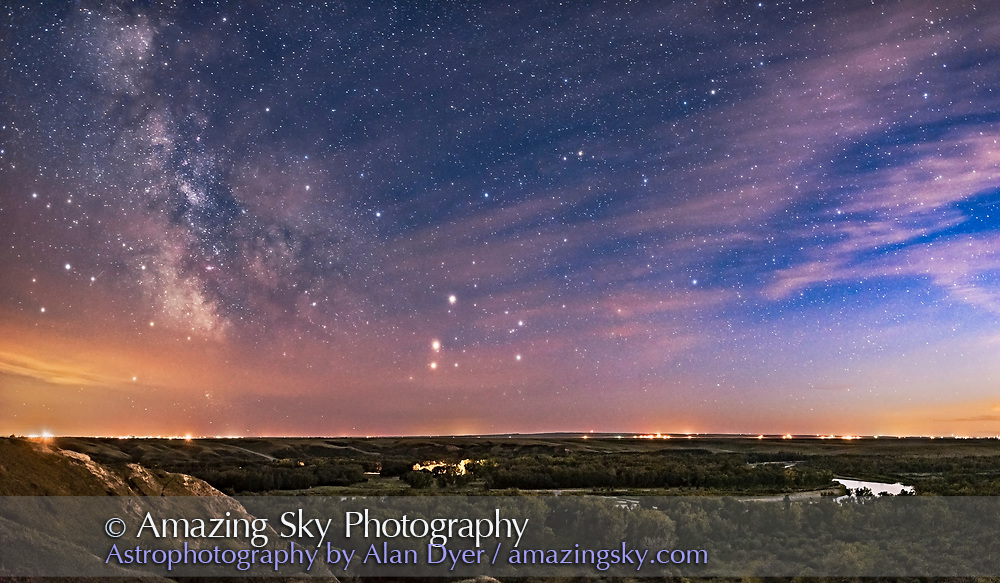