This is a portrait of the winter sky rising in the southeast on January 9, 2021, taken from home in Alberta.

The constellation of Orion is at centre with blue-white Sirius in Canis Major below and reddish-yellow Aldebaran in Taurus above. Castor and Pollux in Gemini are at left. Procyon in Canis Minor is between the Castor-Pollux pair and Sirius. Bright star clusters flank the scene, with the Pleiades (M45) at top and the Beehive Cluster (M44) in Cancer at far left. Several other smaller star clusters in and along the Milky Way are also visible, even at this scale with an ultra-wide lens.

This is a stack of 10 30-second tracked exposures with the 15mm Venus Optics Laowa lens at f/4 on the Sony a7III at ISO 6400. and taken as part of lens testing this night. 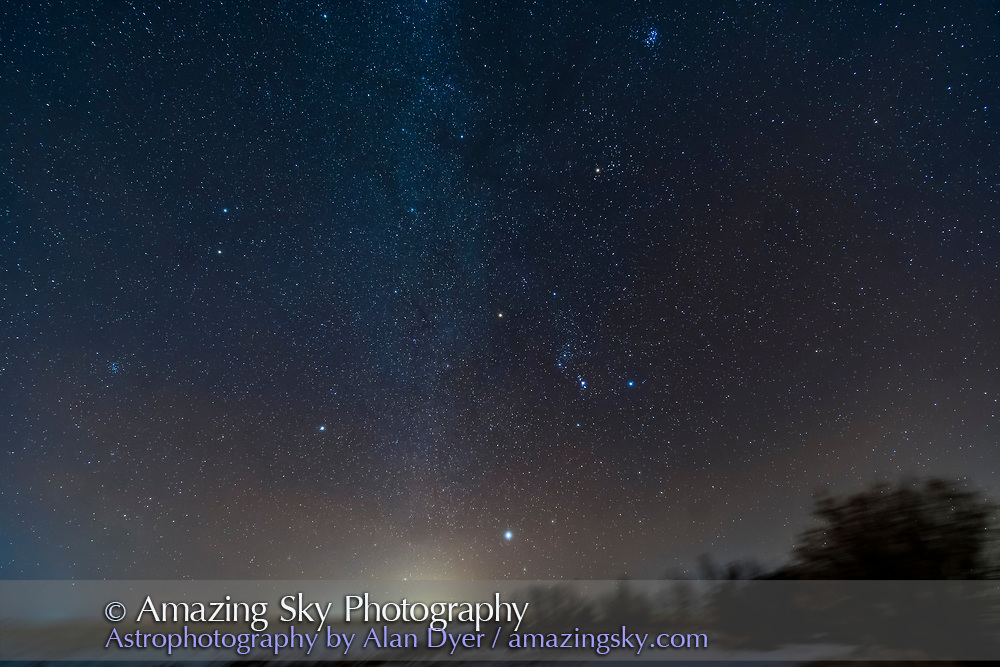