The total eclipse of the Moon, April 15, 2014 local time just after sunset from Australia, seen from Shingle Splitter's Point overlooking Lake Macquarie on the Central Coast of New South Wales, Australia. It was fortunate that we saw this eclipse at all as the sky was very cloudy and at times it was actually raining on us. But about 6 pm the Moon appeared as totality was ending. The Moon appears below Spica and below right of Mars. The lake has a red glitter path from the eclipsed Moon. 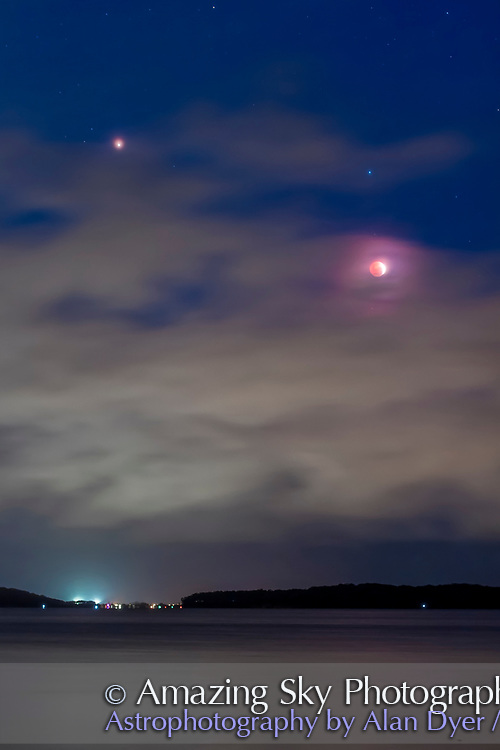