The SpaceX Starlink satellite train from the first group of 60 satellites launched, captured May 26/27, 2019 from home in southern Alberta as they traveled through the Big Dipper high overhead at approximately 12:55 a.m. May 27, 2019.

Most of the few dozen satellites were faint but on this pass 4 were quite bright, and easily naked eye, and similar to the Big Dipper stars in magnitude. Polaris is at lower right at the end of the Little Dipper handle.

This is a frame grab from a 4K video at ISO 52000 with the Sony a7III and Canon 24mm lens at f/1.4. I stacked 8 frames to smooth noise but the satellites themselves are from one frame to keep them point like. Taking a longer exposure still image at a lower ISO was not an option here as the moving satellites would have blurred into a streak looking much like any single satellite trail. So taking a video at an ultra-high ISO speed, then extracting still frames was the method of choice though it produces a noisy image. 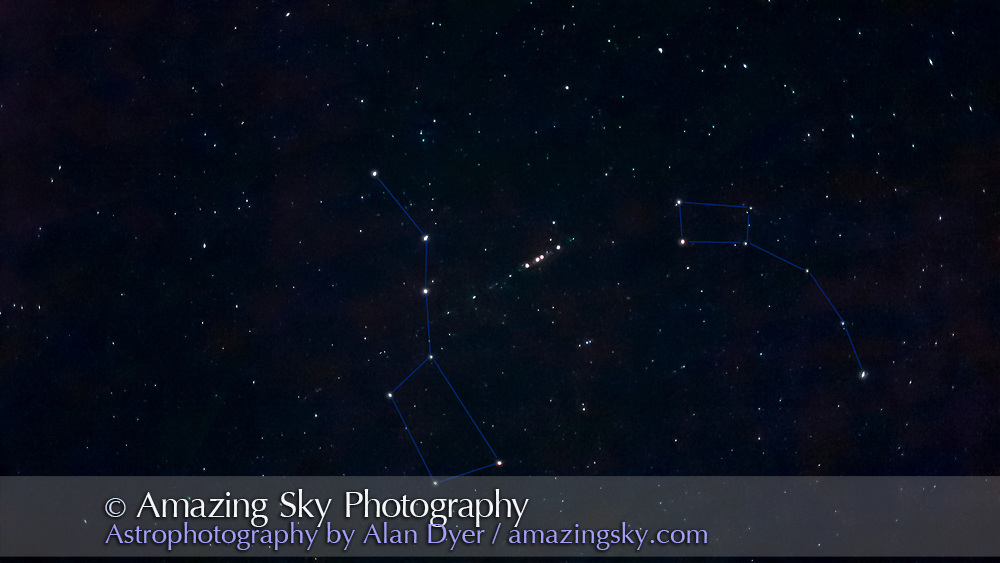