A bright bolide meteor and “smoke” trail south of the southern Milky Way as Crux and the Pointers rise in the east on a clear Australian night. Jupiter is the bright object at left.

This is a stack of 8 x 45-second untracked exposures for the ground, mean combined to smooth noise, and one 45-second exposure for the stars and main bolide trail. The yellow ion train was added in with another exposure taken a couple of minutes later as the train began to blow away from the meteor path. That layer is masked to reveal just the train. All frames taken as part of a 500-frame time-lapse sequence of the Milky Way rising. 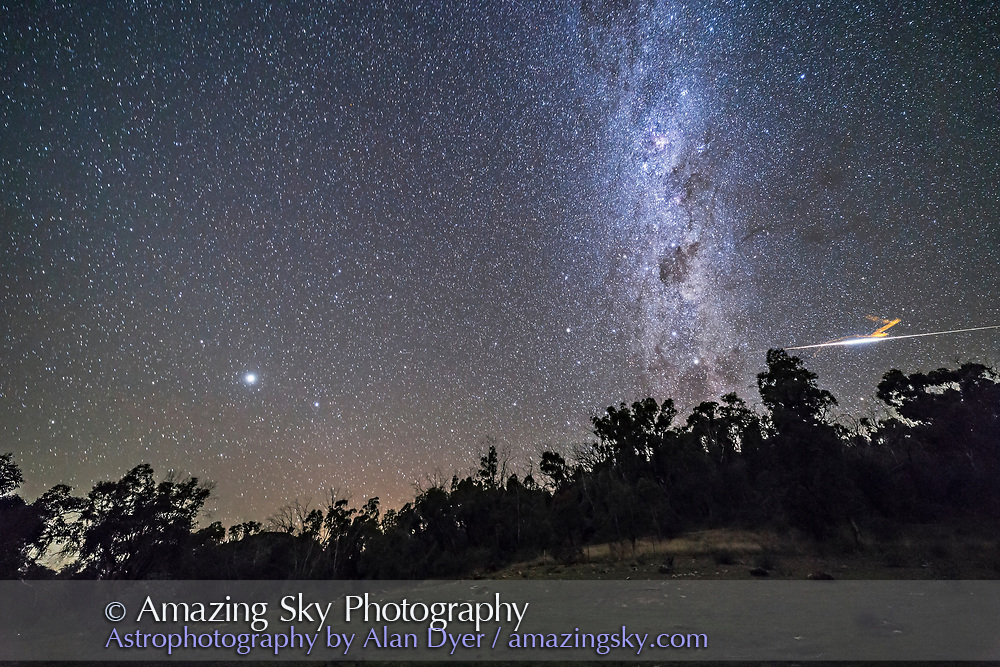