The 2016 Perseid meteor shower, in a view looking north to the Big Dipper and with the radiant point in Perseus at upper right, the point where the meteors appear to be streaking from. I shot this on the peak night of the shower, August 11/12 after moonset so the sky was dark and in fact filled with bright airglow, appearing here as bands of green and yellow, mixed with a low-level aurora to the north as well. While it looks like the sky has artificial light pollution, the glows here are natural, from aurora and airglow.

The Big Dipper is at bottom, pointing up to Polaris and the Little Dipper at upper centre. Perseus is at far upper right.

This was from the Dark Sky Preserve of Grasslands National Park in southern Saskatchewan, from the trailhead parking lot of the 70 Mile Butte Road.

This is a stack of 10 frames, shot over one hour from 1:38 a.m. to 2:37 a.m. CST. The camera was on the Star Adventurer tracker so all the sky frames aligned. The ground is from a stack of four frames, mean combined to smooth noise, and taken with the tracker motor off to minimize ground blurring, and taken at the start of the sequence. 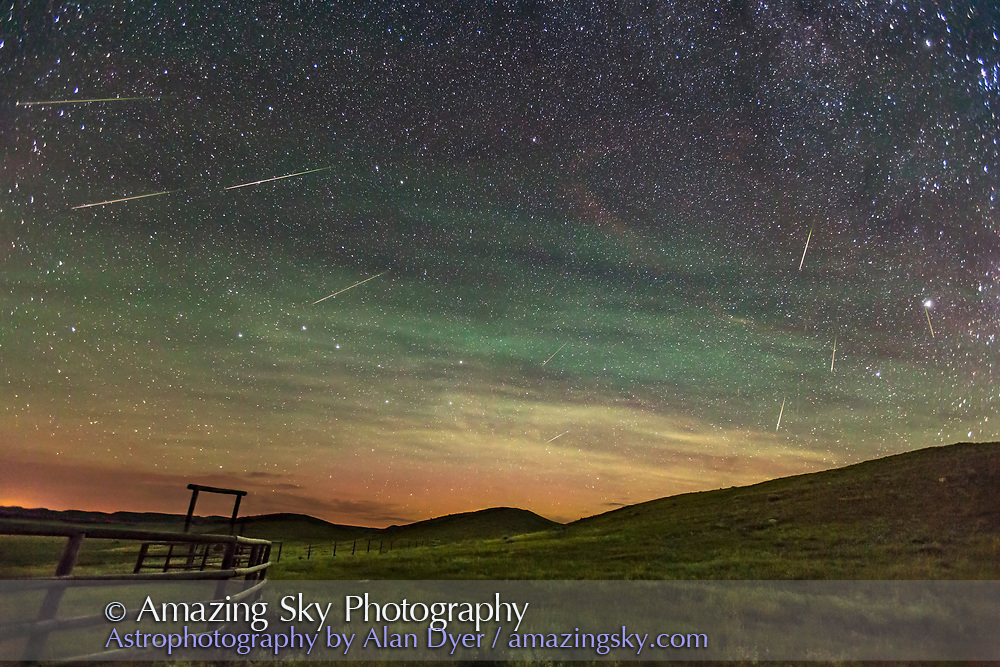