Comet Wirtanen (46P) now in Taurus and here approaching the Hyades (bottom left) and Pleiades (top) star clusters in Taurus. The red giant star Aldebaran is the brightest star at lower left. This image provides a nice colour contrast beween yellow Aldebaran, the blue Pleiades, and the cyan/green comet. This was the evening of December 12, 2018, taken from home in rural southern Alberta as the waxing crescent Moon was setting.

The comet was easily visible with the unaided eye, even with the Moon up, though it was just a small faint smudge. But there was no question seeing it tonight.

This is a stack of eleven 1-minute tracked exposures at f/2.8 with the Rokinon 85mm lens and Canon 6D MkII at ISO 1600, all median stacked to eliminate some short satellite trails in several frames. The camera was on the Star Adventurer Mini tracker. Photogenic diffraction spikes added just for artistic effect with Astronomy Tools actions. 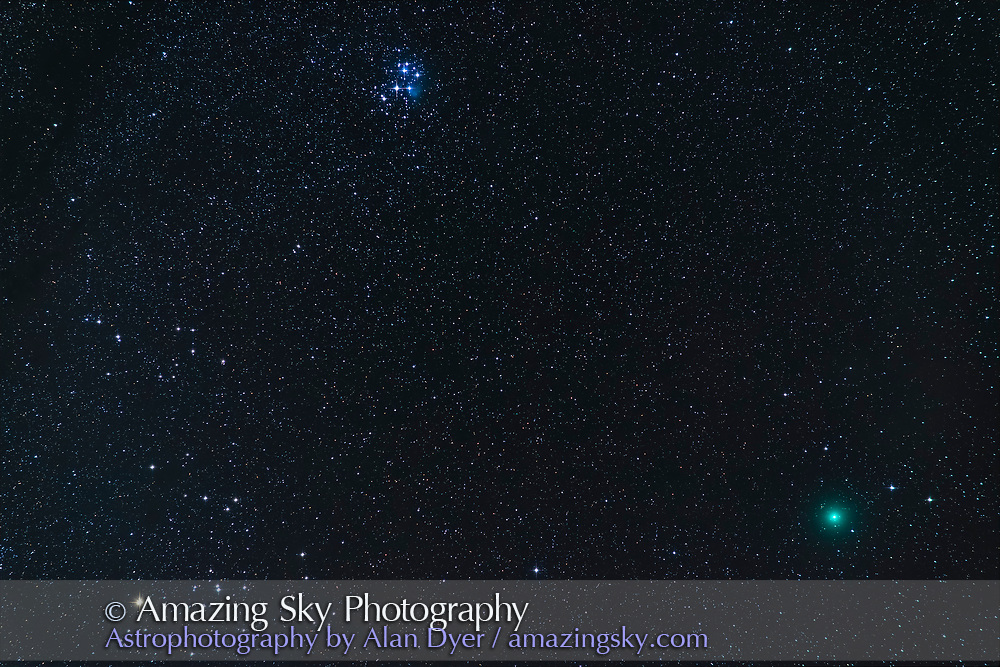