A scene looking west on January 16, 2015 but with a field stretching up to and beyond the zenith overhead, taking in the Zodiacal Light stretching up to the Pleiades at upper left. Just below the Pleiades is green Comet Lovejoy, with its faint ion tail pointing away from the Sun along the same plane as the Zodiacal Light, as it should. Ion tails always point directly away from the Sun, as they are blown out by the solar wind. Comet Lovejoy was crossing the ecliptic this night, as it heads north in its orbit traveling almost perpendicular to the ecliptic plane.

Venus is just above the horizon right of lower centre, while Mars is above it, to the right of the top of the larhge boulder. They, too, like along the ecliptic embdedded in the Zodiacal Light. 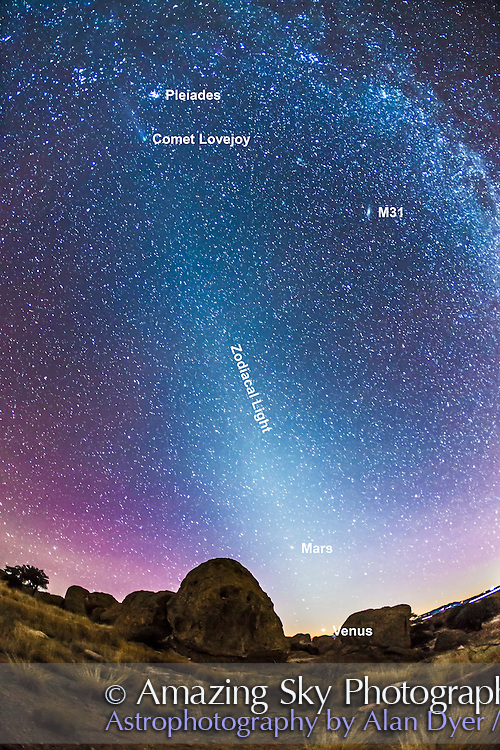