This was a test of new panorama gear, using an Acratech Pan Head on top of a Alyn Wallace/MSM Z-Plate mounted to a Sky-Watcher Star Adventurer 2i tracker, to allow taking tracked segments for the panorama, to prevent star trailing. The Z-Plate allowed the Pan Head to mount and move horizontally and vertically in azimuth and altitude despite being on a polar aligned tracker. It worked!

This night there was a bright aurora across the northern sky, so I have oriented the view to place due north at bottom. South is at top. High clouds and haze, partly lit by light pollution here, add the natural glows to the stars, emphasizing the bright stars and constellation patterns. No filter was used here.

The ground is a stitch of 8 segments shot with the tracker motor off, then blended with a stitch of 20 segments for the sky, in 3 tiers of 8 + 6 + 6 segments, all with the Sigma 24mm lens at f/2.8 and for 1-minute with the Nikon D750 at ISO 1600 for all shots. Stitched with PTGui v12 which at last saves camera metadata when exporting PSD files. The original is 16,000 pixels square. 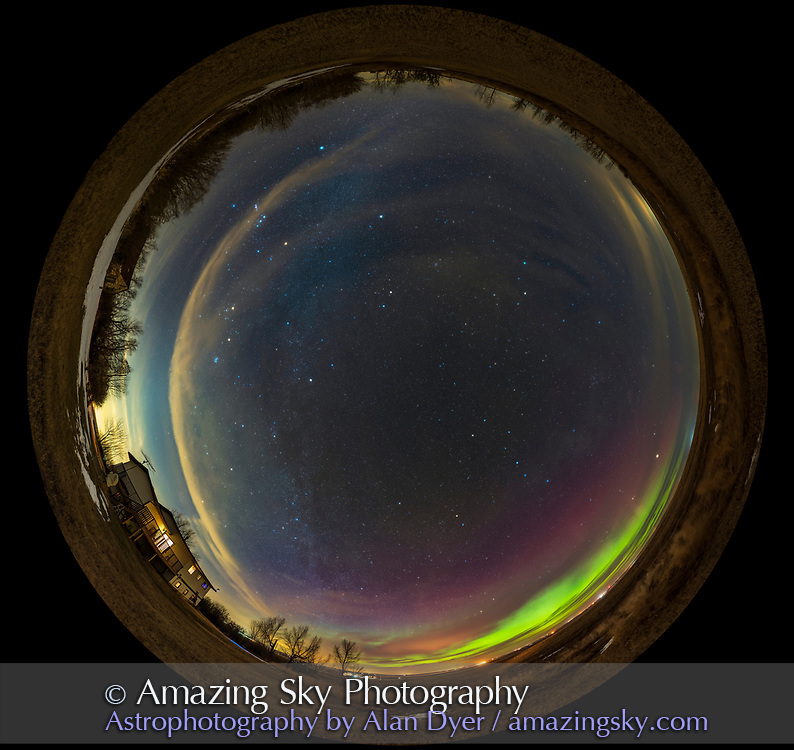