The shadow of an aircraft contrail projected ahead of the aircraft to the east, from the light of the setting Sun to the west, in this east-travelling jet, with the contrail and direction of travel nicely lined up coming directly away from the setting Sun, so the shadow is directly ahead of what’s casting the shadow. The pilots would have had a very nice view of their aircraft shadow projected out in front of them.

A grabbed handheld exposure on Auto everything with the Canon 60Da and Sigma 50mm lens. Taken off the back deck, January 12, 2016. 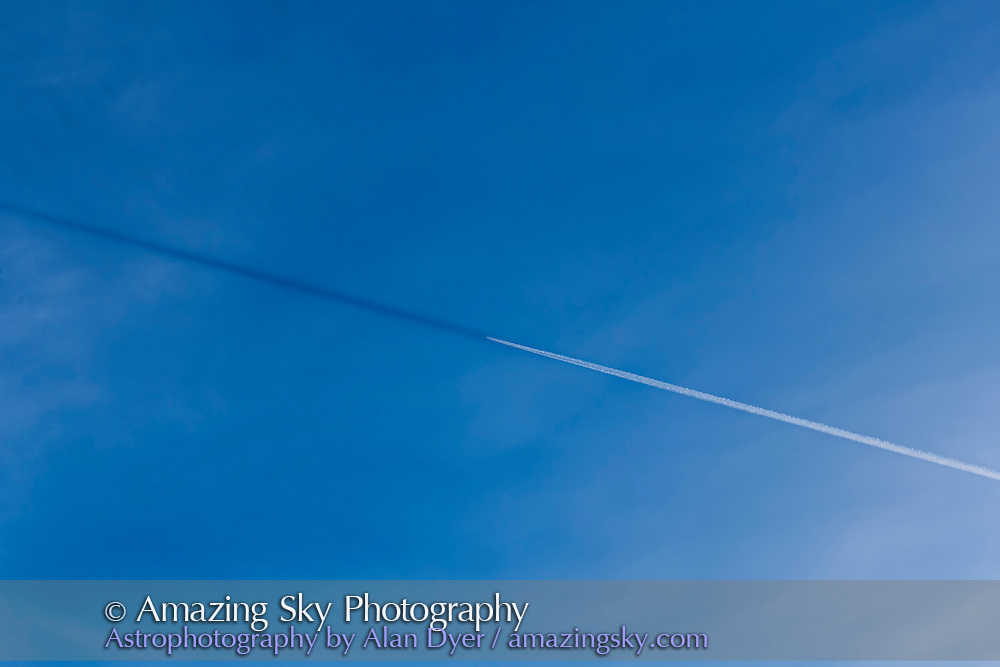