A star trail scene in the summer twilight, taken June 7, 2015 from southern Alberta, over an old farm house near home. The brightest trail at right is from Venus, to the left of it is Jupiter. Various satellites, including the International Space Station, provide the other dashed streaks. The twilight of near summer solstice provides the deep blue sky.

This is a stack of 300 frames taken for a time-lapse sequence but stacked here into a single image using the Advanced Stacker Actions Photoshop plug-ins. The ground is from one frame from the beginning of the sequence when the sky and ground were brighter. Most frames were 6 seconds at f/2.8 and ISO 800 with the Nikon D750 and Sigma 24mm lens. 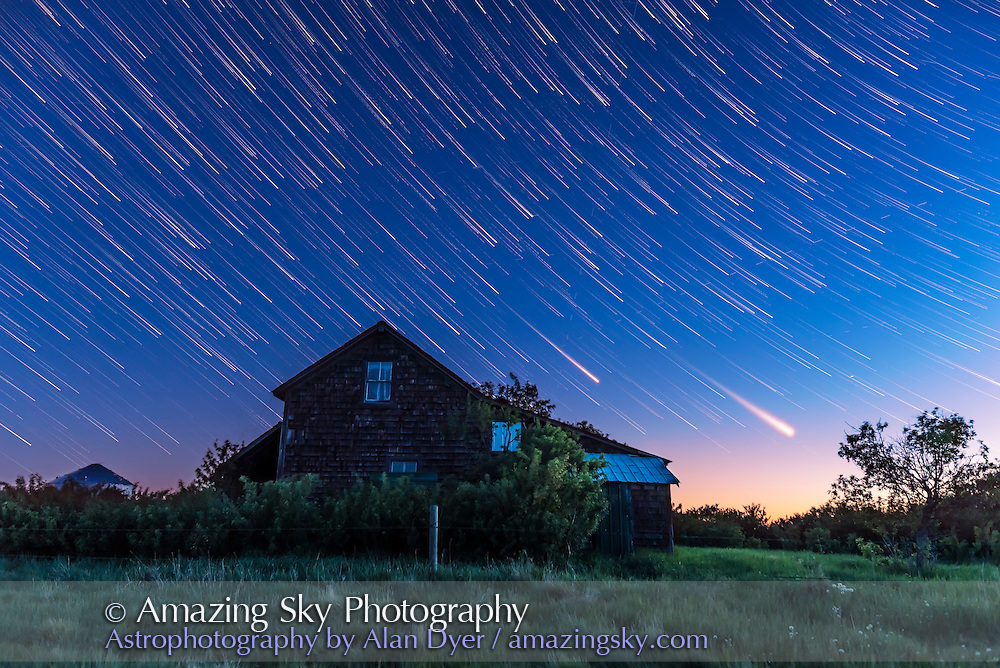