A composite stack of 12 images taken June 11/12, 2017 of the waning gibbous Moon tracking low across the southern sky on a June nght, from moonrise at left at 11:30 pm to when it began to leave the frame at right at 4 a.m. and when the sky was brightening with dawn. Images are at 25-minute intervals. The sky is blue here from the moonlight.

This demonstrates how the summer Moon at and around Full phase tracks low across the south just as the Sun does during winter.

The frames here were taken from an 1172-frame time-lapse, from home in southern Alberta, with the Nikon D750 and 24mm lens. While the sky comes from a stack of 12 images, the ground is from a stack of just two, to minimize the loss of shadows from the moving Moon.

Exposures were 10 to 13 seconds, vastly overexposing the Moon but the sequence was intended first and foremost for a time-lapse where each frame has to be well-exposed to show the sky and ground, and not just the disk of the Moon in a dark underexposed scene. 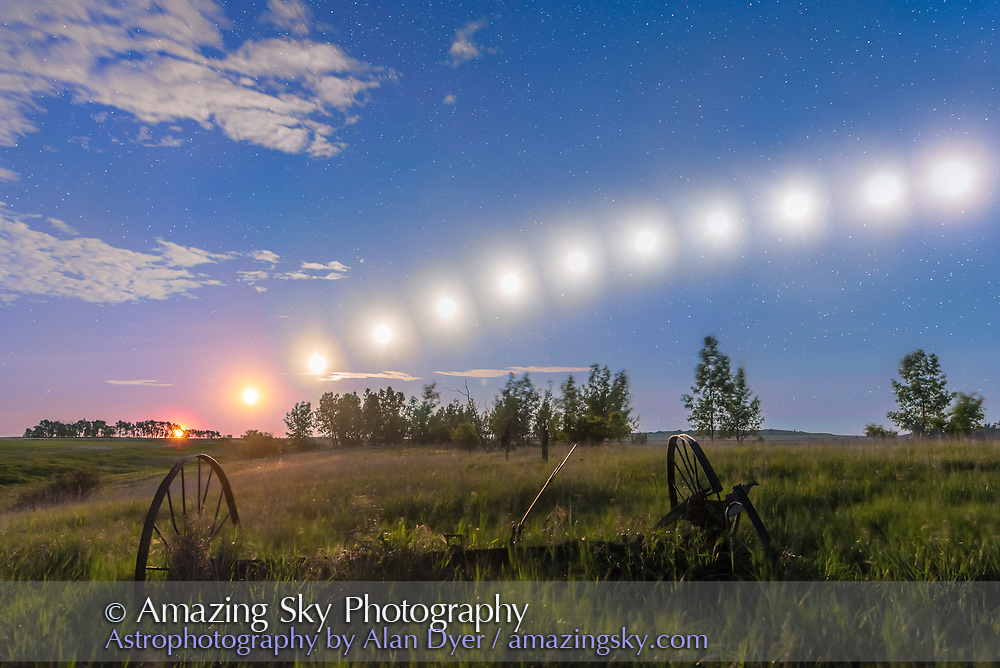