A composite of several exposures to stack images of five Geminid meteors into a wide view of the winter sky with Comet Wirtanen at upper right in Taurus, taken on December 12, 2018. The meteors are shooting away from the radiant point in Gemini near the bluish-white star Castor at left. The Milky Way runs vertically through the frame from Auriga at top to past Orion at bottom.

All the images for the base sky layer and the meteors were shot as part of the same sequence and framing, with a 24mm lens and Nikon D750 on a Star Adventurer tracker. The camera is unmodified so the red nebulosity in this part of the sky appears rather pale.

Capella and the Pleiades are at top, Orion is at bottom, Taurus is at centre, while Gemini and the radiant point of the shower is at lower left. The Taurus Dark Clouds complex is at upper centre.

All exposures were 30 seconds at f/2 and ISO 1600. I started the sequence with the camera framing this area of the sky when it was just rising in the east in the moonlight then followed it for 4 hours until clouds moved in. So all the images align, but out of 477 frames shot only these 5 had Geminid meteors. Images layered and stacked in Photoshop. 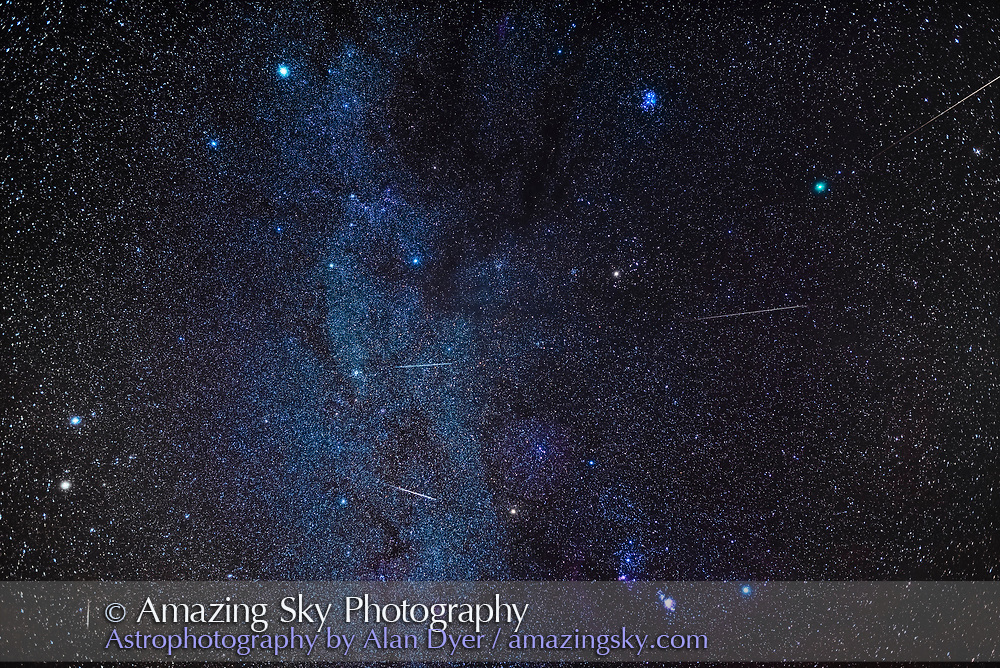