An ultra-wide angle view of the total eclipse sky from the Teton Valley, Idaho. The Tetons are at left, still partly in sunlight. The lunar shadow has approached from the west at right and its edge is just past the Sun, ending the diamond ring and starting totality. Venus is at upper right from the Sun. Sirius is a tiny speck at lower right, likely not visible in low-res views on social media. Procyon, Rigel, and Betelegeuse are faintly visible in the original image.

The horizon had colours mostly to the south.

This is a single frame from a 660-frame time-lapse of the motion of the lunar shadow, taken with the Nikon D750 and 12mm full-frame Rokinon fish-eye lens. 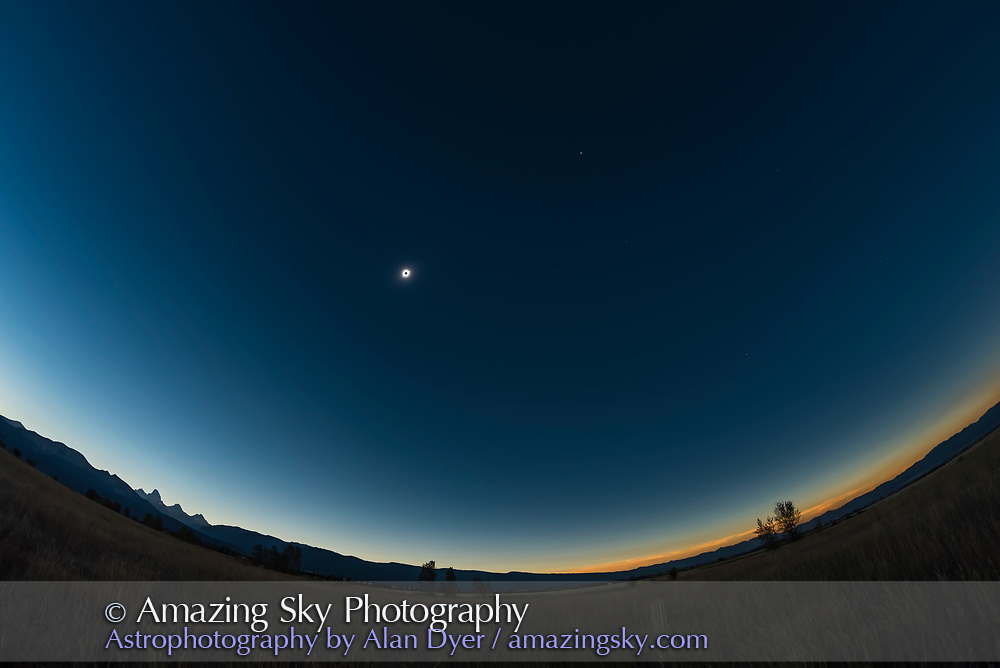