Orange Mars, at centre, between the blue Pleiades (at right) and the large Hyades (at left) star clusters, with orange Aldebaran adorning the Hyades (though it is not a member of the Hyades but a foreground star). The more distant and smaller cluster NGC 1647 is at top left, also in Taurus. This was March 11, 2021.

This is a stack of 4 x 4-minute tracked exposures with the Samyang 85mm AF lens at f/2.8 on the Canon EOS Ra at ISO 800, with a single exposure of the same length blended in taken through the Kase/Alyn Wallace StarGlow filter to add the star glows! (Though haze moving in was starting to do the job naturally at this time.) The tracker was the Star Adventurer 2i. 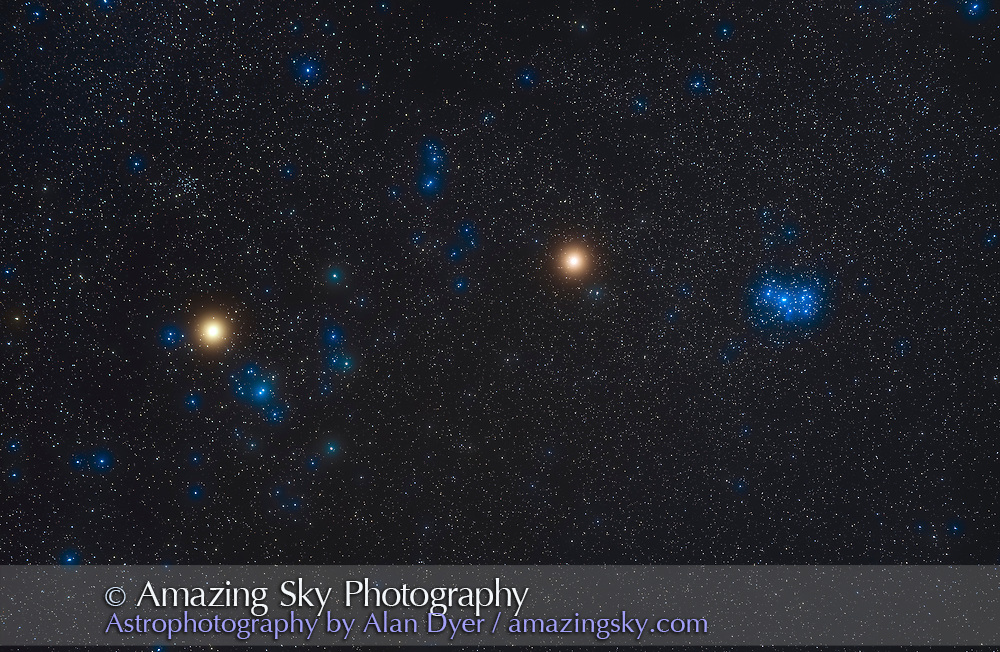