A composite of the November 14, 2012 total solar eclipse from Lakeland Downs, Queensland, Australia. This shows the two diamond rings and two thin partial eclipse crescents, layered with a single longer exposure of the corona during totality. The aspect of this eclipse shown here is that the diamond rings were not 180° apart. Why? Because we were well off the centreline of the eclipse, by choice, in order to find a site with the clearest skies thar seemed to be plaguing sites closer to the centreline. So Sun disappeared behind the Moon at the bottom of the disk creating the the first diamond ring at second contact, C2. The Sun then reappeared about 1m30s later at the upper left creating the third contact C3 diamond ring.

Thin clouds did light the sky at the diamond rings adding the colourful and iridescent clouds, but which in this composite hide the corona on the left side of the Sun. 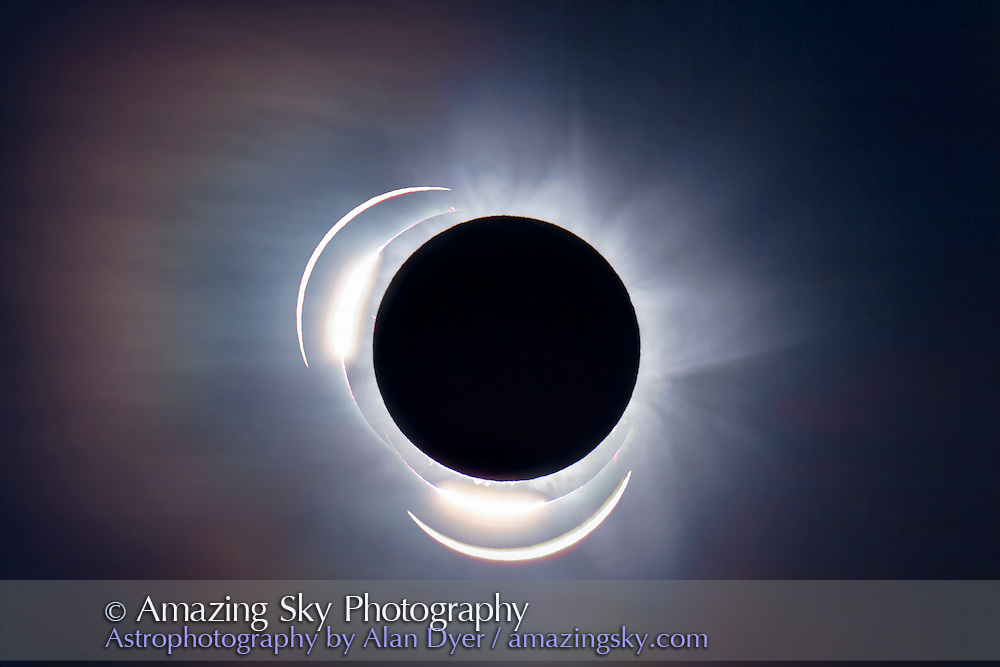