Mercury and Venus each near greatest eastern elongation, March 25, 2004 (both reached Gr E Elong on March 29 that year). So both are about as far from the Sun as they get, so this illustrates their relative visibility and altitude in the western evening sky. Mercury close to horizon and Venus is bright dot. Above it is waxing crescent Moon, overexposed, which is just above and in conjunction with Mars, just visible as a dot below the Moon.

Taken from site near Bragg Creek Alberta, at a latitude of +51° . 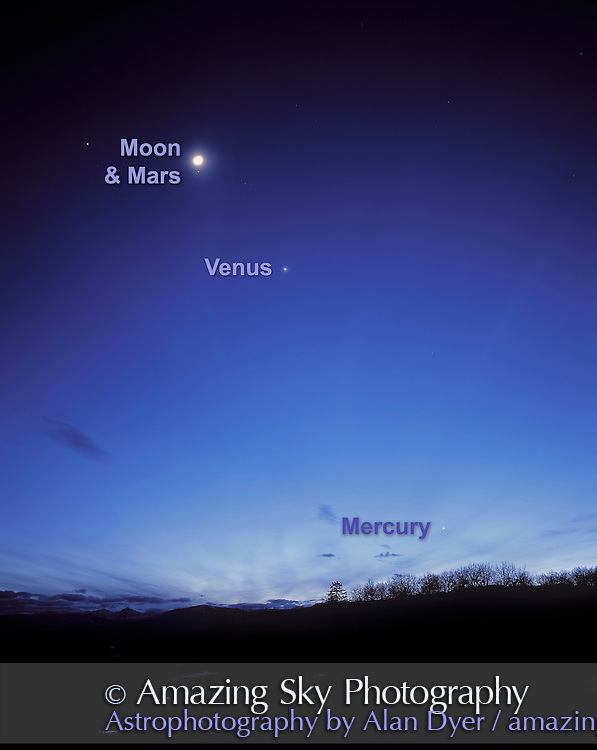