The nearly Full Moon of April 10, 2017 as seen from Australia, and embedded in fast-moving low cloud adding the colourful corona effect around the Moon from water-droplet diffraction.

Being in the southern hemisphere, the Full Moon appears “upside-down” compared to a northern view.

This is a 7-image blend of exposures from 1/2 second to 1/30-second to capture both the faint clouds and bright Moon. I blended them with luminosity masks (generated with ADP Panel+ Pro) rather than attempting an HDR stack which rarely works well for the Moon. 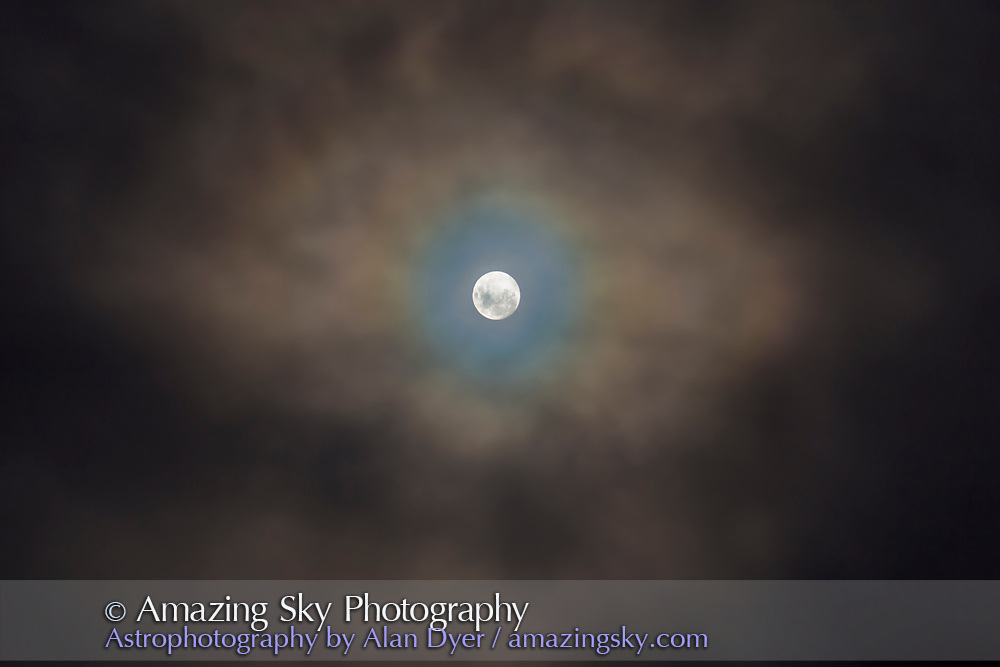