April 17/18, 2001 aurora, taken from home in Alberta. looking south. Part of a series taken looking same direction as substorm hit and subsided, from Image #2 to #15, on Roll #1. (Roll #2 was second camera shooting Provia 100F with 28mm lens and 18mm lens.) All images in this series (#1-02 thru 15) processed in Photoshop with nearly identical enhancements to contrast and colour. Brightness toned down for longer overexposed shots (early ones).

Taken near the peak of substorm burst which started at midnight and lasted about 10 minutes. This aurora was the result of a major flare that let off on the Sun on Easter Sunday.

Big Dipper (cut off) at top, and zenith point below it, so vertical dimension takes in well over 90° sweep from horizon to well past zenith to north. 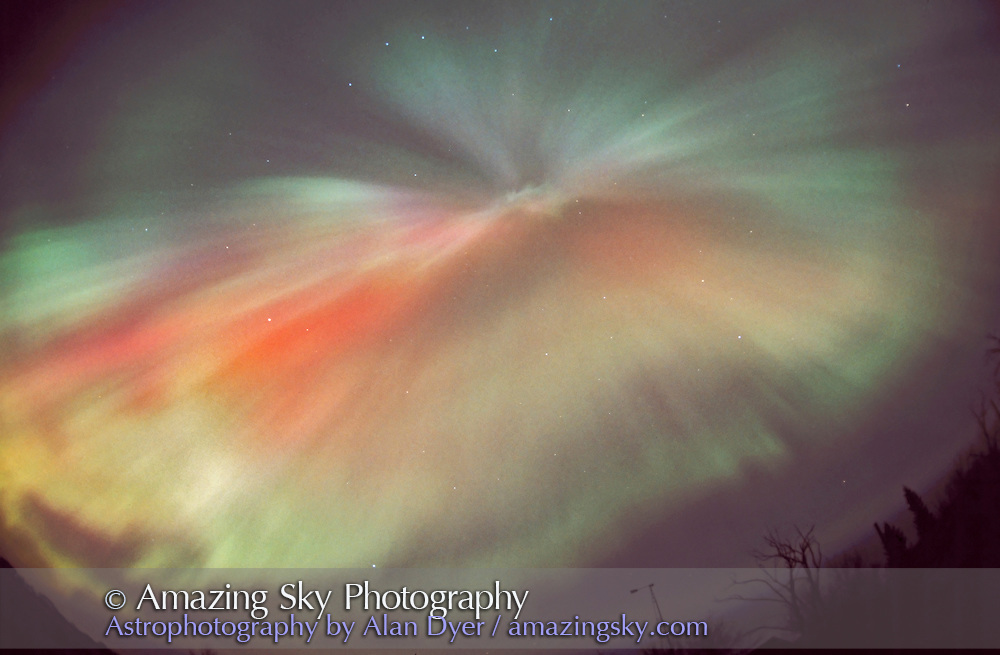