Venus in the evening twilight on December 17, 2021, about 2 weeks after its point of greatest brilliancy. This was shot in hope of also catching Comet Leonard, but it showed up as only a dim smudge hard to distinguish from the background sky, and is behind thin cloud here. Shot from near home in southern Alberta. Foreground illumination is from the gibbous Moon to the northeast opposite this scene which looks southwest.

A single 4s shot with the 135mm Canon telephoto at f/2.8 on the Canon R6 at ISO 400, and with the air at -20° C with a bitter wind! Diffraction spikes added with AstronomyTools actions. 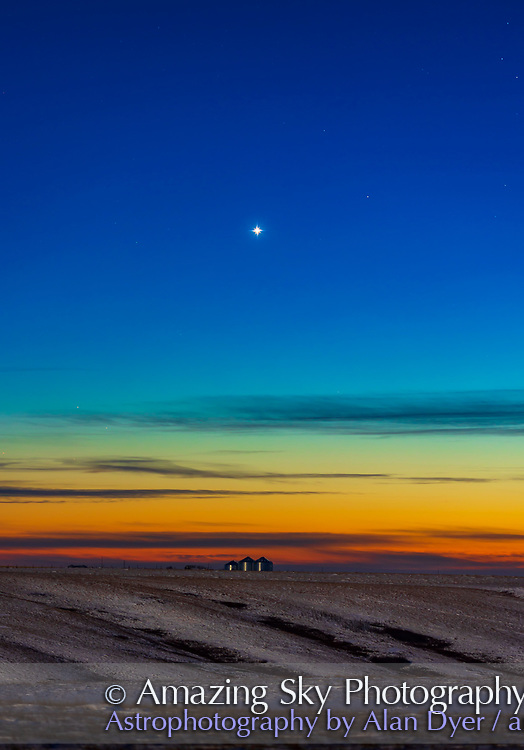