Milky Way and ISS over Waterton.jpg

The northern summer Milky Way setting over the mountains of Waterton Lakes National Park, Alberta, Canada, with the Space Station rising at right, then fading into sunset, in a trail from the series of long exposures. This is from the Bison Compound viewpoint looking south and southwest, on September 21, 2019, in frames taken as part of a time-lapse.

This is a stack of 8 images for the ground to smooth noise, one image from the set for the stars to minimize trailing, and a stack of 6 images masked to reveal just the ISS trail. The trail fades to deep red as the ISS travels into the Earth’s shadow as it rose here and experienced sunset at their altitude. A mild Orton glow effect added with Luminar Flex. 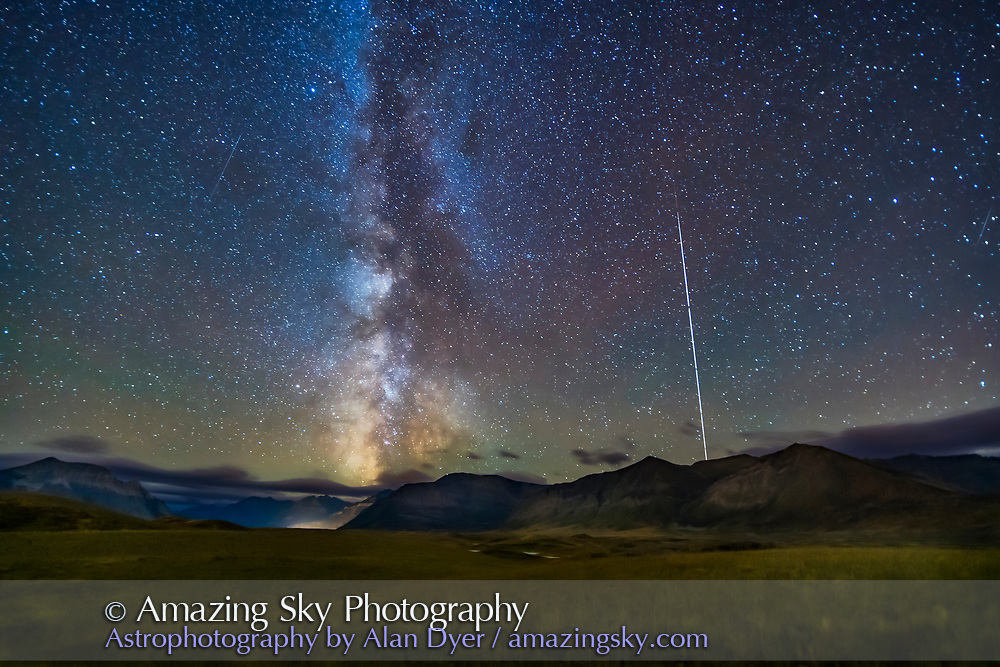