A wisp of aurora appears in a break in the clouds as the m/s Nordlys enters Trollfjorden fjord in the Lofoten Islands in Norway, on November 8, 2017. It was actually raining when I took this shot but a major auroral storm was underway and we got a brief glimpse of a curtain as we entered this spectacular and narrow fjord. Then the rain clouds closed in. The bright lights are the ship’s searchlights lighting the walls of the narrow fjord. The white at top is the ship’s smoke. This was from the aft deck looking astern. 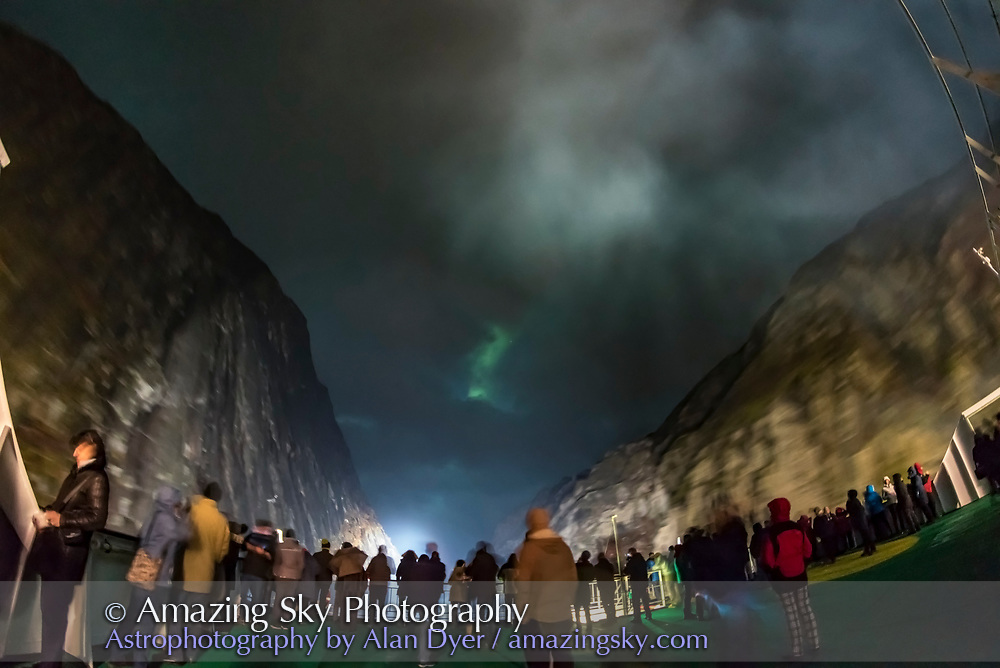