The formation of dark lanes called the Dark Emu in Australian aboriginal sky lore, seen here in its entirety with it overhead in the April pre-dawn sky. The head is at right in Crux, as the Coal Sack, the body is around the Galactic Centre, the tail is at left in Scutum.
Some airglow discolours the sky.

This is a stack of 5 x 2.5-minute exposures with the 14mm Rokinon lens at f/2.8 and filter-modified Canon 5D MkII at ISO 1600. On the iOptron Sky-Tracker. From Tibuc Gardens Cottage near Coonabarabran, NSW, Australia, Aoril 28, 2017. 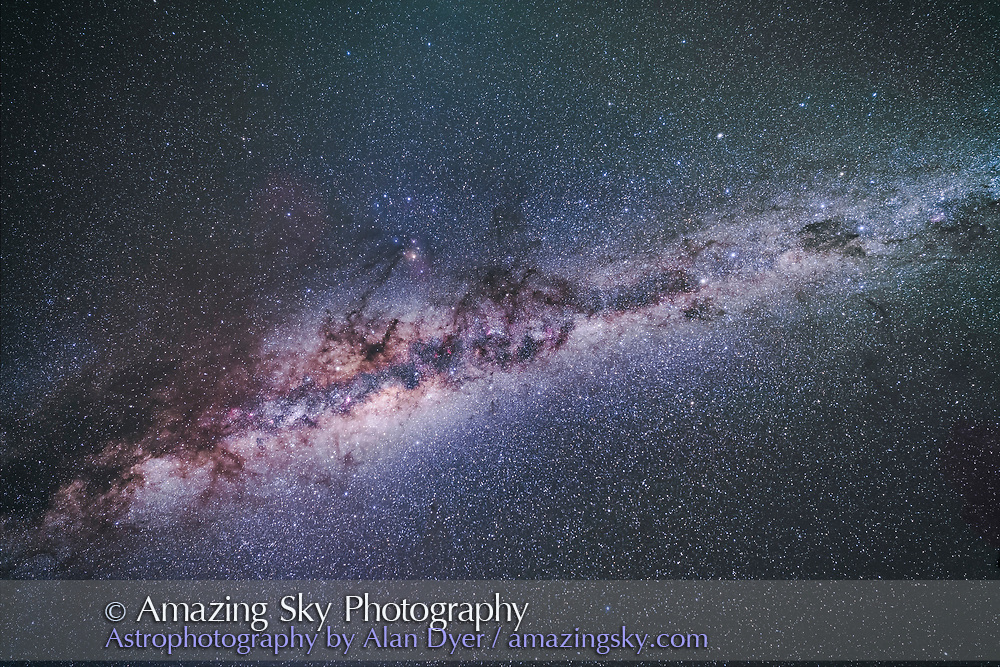