A passage of the International Space Station high across the north in the late blue hour of twilight, with the stars appearing, though the ISS outshines them all. This was the 5:17 pm pass on December 6, 2018 from southern Alberta, and taken with a fixed camera on a tripod, so the stars are trailing slightly as the rotate about Polaris at lower centre. The view is looking north though the fish-eye lens takes in much of the sky. The Big Dipper skims low across the north at botton.

On board was Canadian astronaut David Saint-Jacques on his third day in space of a 6-month mission.

This is a stack of 21 10-second exposures at f/3.5 with the Sigma 8mm lens and Canon 6D MkII at ISO 400. The one-second interval between exposures adds the gaps. 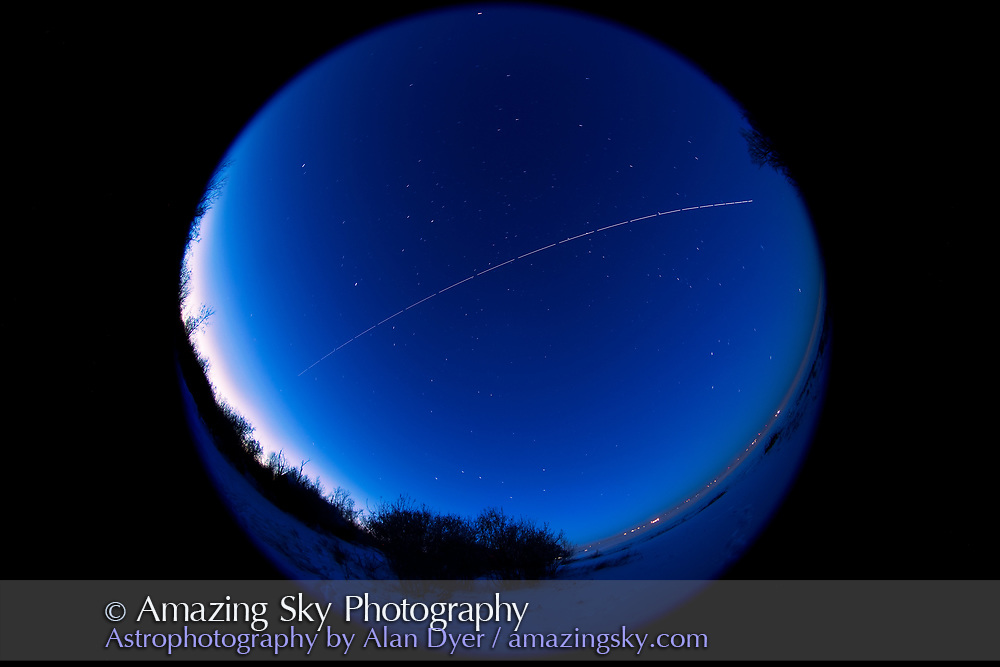