Comet Wirtanen 46P on December 15, 2018 taken in the blue-sky moonlight, with the first quarter Moon still well up in the southwest, and when the comet was passing near the Pleiades star cluster, Messier 45, in Taurus. Some high cloud and haze was just beginning to move in, thwarting any further efforts to shoot the scene under darker skies later that night after moonset. The comet was nearest to Earth on this weekend, Dec 15-16, 2018.

This is a stack of 2 x 90-second exposures aligned on the stars, and 2 x 30-second exposures aligned on the comet and blended in for the core of the comet coma to reduce its intensity and size. All with the 200mm Canon L lens at f/2.8 and Canon 6D MkII at ISO 800. Lens focused with the Bhatinov mask. Diffraction spikes added with Astronomy Tools action, for photogenic effect. They look pretty! 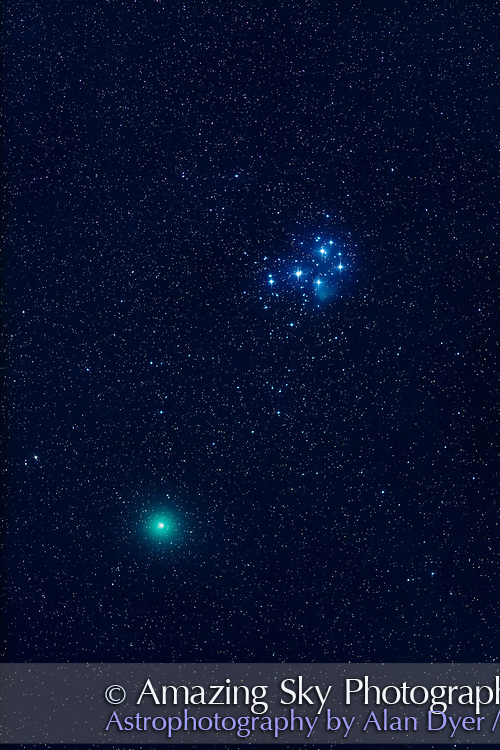