Orion Star Trails over the Gila.jpg

The constellations of Orion and Canis Major in star trails over the Gila National Forest, New Mexico. Taken January 27, 2015 under the light of waxing quarter Moon off frame at upper right.

This is a stack of two exposures: a short 25-second exposure at f/4 and ISO 3200 for the point-like stars at the start of the trails, followed after a gap in time by a single 10-minute exposure at f/9 and ISO 400, for the long trails, with the small f/9 aperture providing greater depth of field for foreground sharpness. The ground comes from the longer exposure. All with the 24mm lens and Canon 6D. 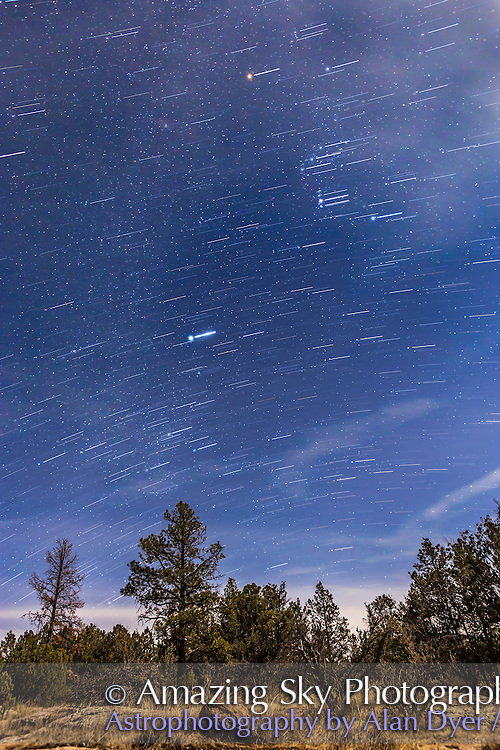