The Big Dipper (at right) trailing over Pyramid Mountain in Jasper National Park, on a moonlit night on October 24/25, 2015. An Iridium satellite, in fact two following each other on the same path, streak at left.

This is a stack of 130 exposures, each 15 seconds at f/4, for the star trails with the ground coming from 8 of the frames, to reduce the lack of contrast from the moving moonshadows, with the ground layers mean combined stacked to smooth noise. The point-like stars at the end comes from an additional exposure taken a minute after the last trail frame.

Stacking of the trails performed in Photoshop with the Advanced Stacker Actions from StarCircle Academy. 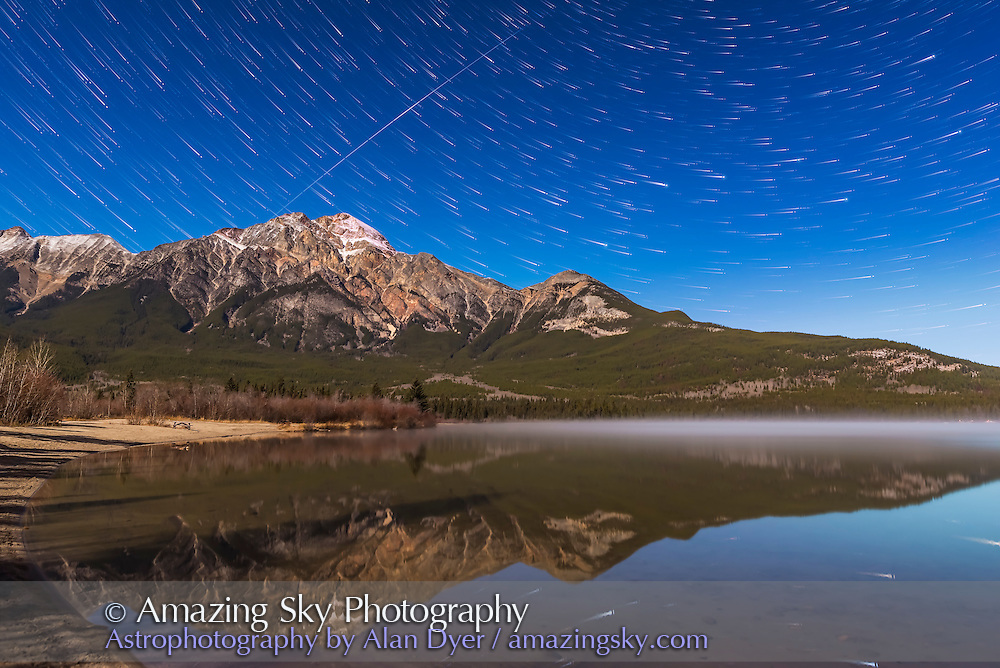