The total lunar eclipse of May 26, 2021 here in the initial partial phases with it embedded in some thin cloud and in the brightening dawn twilight. The clouds add a glow of iridescent colours around the Moon, with the part of the Moon's disk in the umbral shadow a very deep, dim red. A subtle blue band appears along the umbral shadow line, usually attributed to ozone in Earth's upper atmosphere. The stars visible here are in the head of Scorpius.

The eye can see these huge range of brightnesses but the camera cannot and so multiple exposures are needed to record the scene as the eye saw it. Both images with the Canon 60Da camera at ISO 100 and the 200mm Canon L lens at f/4. Not tracked, just on a tripod. Taken from a site near Rocky Mountain House, Alberta at 4:20 am MDT. 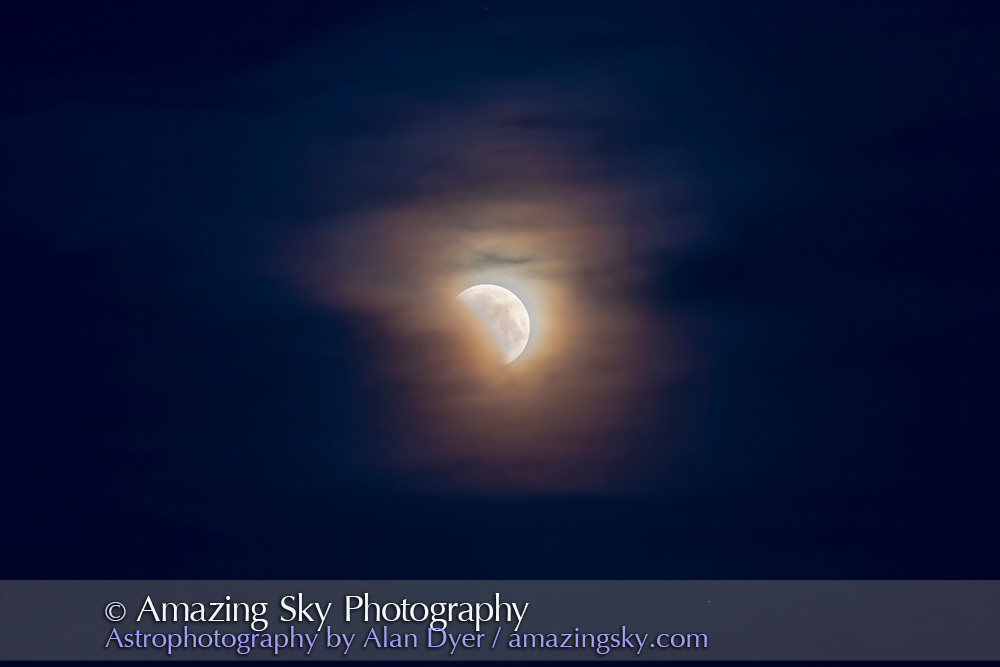