November 29, 1993 total lunar eclipse
from my backyard in southern Alberta
Ektachrome 100 slide film
28mm lens open for the duration of the eclipse.
at f/16 for partial phases into mid-totality, then lens covered for 1 minute? then reopened at f/2.8 for 60 seconds or so, the covered for 1 minute then stopped down to f/16 again for rest of eclipse. So stars trail but are recorded as dots for the moment of mid-totality.
Lens got spotted with frost specks during the exposure (I never thought to blast it with hot ait from a hair dryer during eclipse) so the original slide had blotches on it. These were retouched out in Photoshop as best possible. Some splotching remains.
Green sky recolored as well. 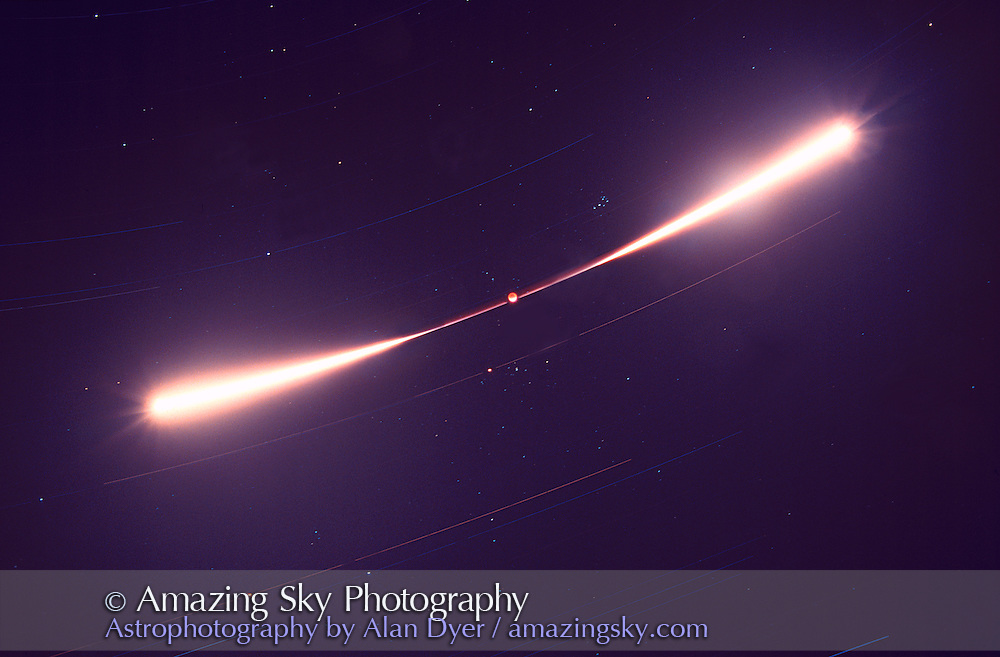