A vertical sweep with a 15mm ultrawide lens from the horizon to past the zenith, taking in a large part of the northern winter Milky Way.

The small light dome on the horizon at left is from Las Cruces and El Paso. Otherwrise the site was perfectly dark and free of any man-made light sources.

I shot this March 10, 2015 from the summit of the Trail of the Mountain Spirits Highway, Hwy 15, in the Gila Wilderness of southern New Mexico, at an altitude of 7900 feet. I shot this in the last of the deepening twilight before the sky was completely black. Some twilight blue remains. The bright glow at upper right is from the top of the Zodiacal Light cone in the western sky - a natural form of “light pollution.”

The image is a stack of 4 x 3-minute tracked exposures, with the 15mm lens at f/3.5 and Canon 5D MkII at ISO 1600. The camera was on the Star Adventurer tracker. 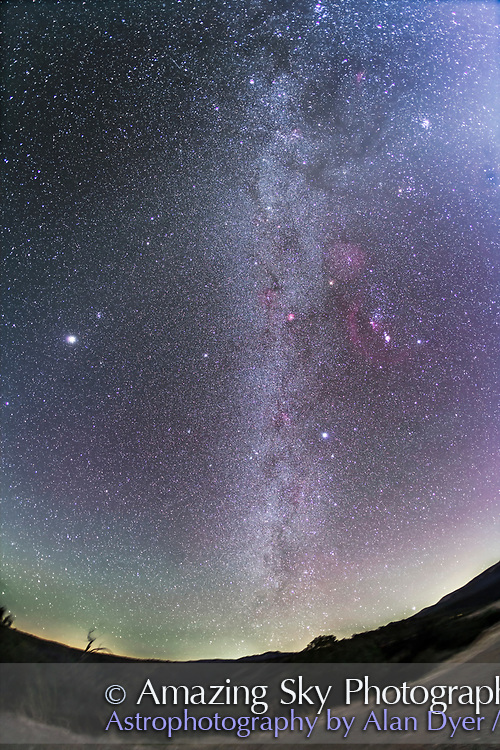