Venus on January 11, 2022, three days after its January 8, 2022 inferior conjunction with the Sun, when it was as close to Earth as it had been in a century. At maximum, its disk on conjunction day was 62.9 arc seconds across. When I shot this at midday, Venus was a little farther away from Earth and its disk smaller at 60 arc seconds across. Venus was 7° away from the Sun when I shot this image, but it was just under 5° above the Sun on January 8. Even so, even 7° away from the Sun, sunlight was glaring into the telescope and scattering around the field, as I made no effort to shade the optics other than use the telescope's normal dew cap extension tube.

This is a stack of 4 of the sharpest images out of a set of 45 short-exposure still images taken in rapid succession, using the Astro-Physics 130mm refractor with a 2X Barlow for an effective focal length of 1600mm, and using the Canon R6 camera. These were not frames extracted from a movie. The image has been cropped into the central 50% of the frame. 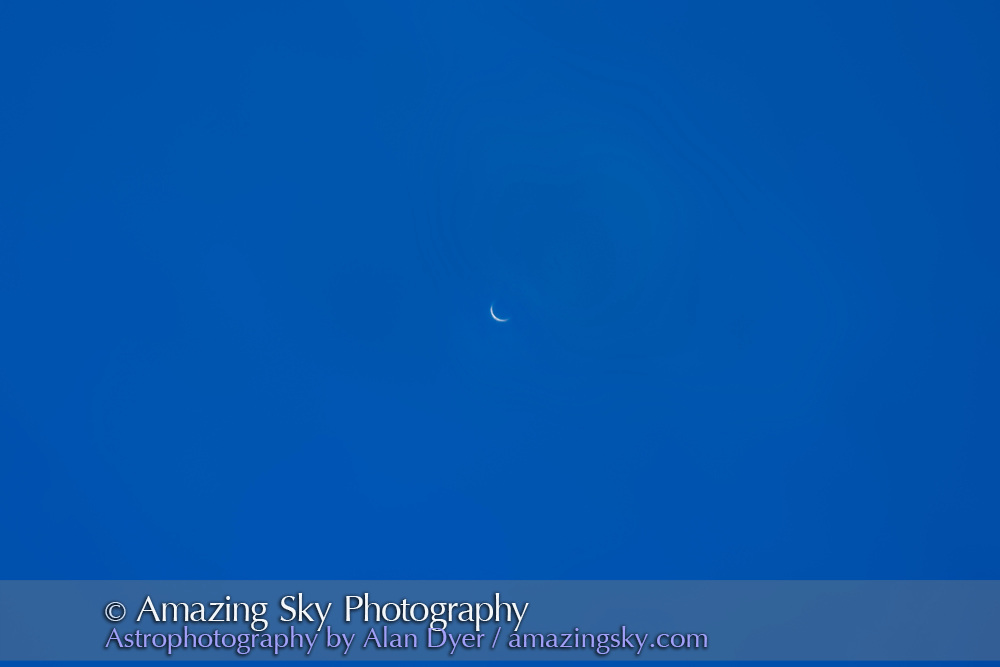