Eclipse over the Tetons - Second Contact.jpg

The August 21, 2017 total solar eclipse over the Grand Tetons as seen from the Teton Valley in Idaho, near Driggs.

This is from a 700-frame time-lapse and is of second contact just as the diamond ring is ending and the dark shadow of the Moon is approaching from the west at right, darkening the sky at right, and beginning to touch the Sun. The peaks of the Tetons are not yet in the umbral shadow and are still lit by the partially eclipsed Sun. 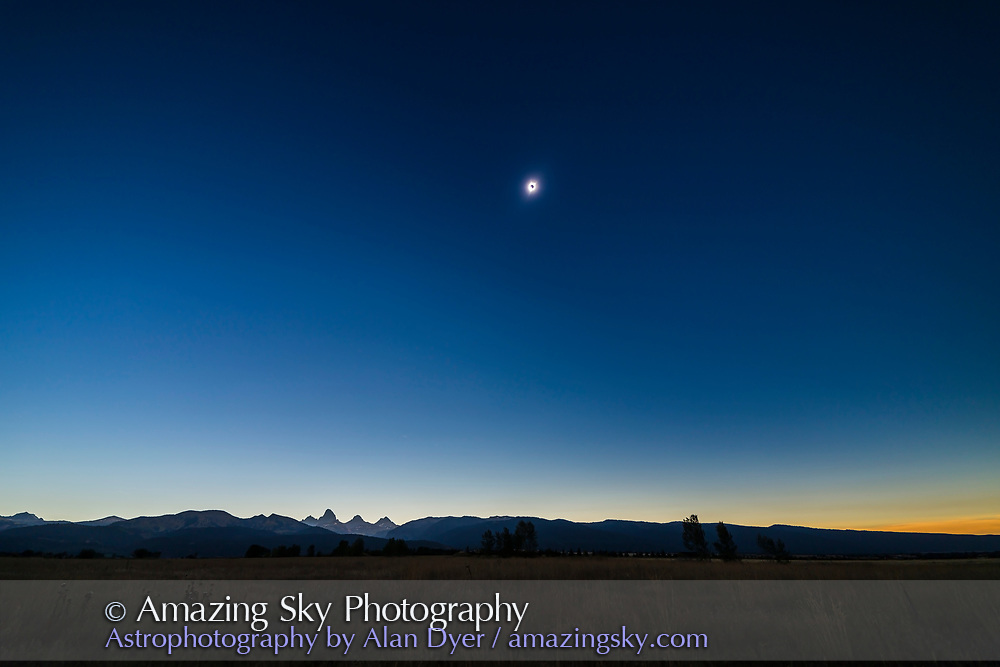